Two talented students from the University of Central Lancashire (UCLan) have been working with award-winning music artist King Charles exploring new ideas in fashion and fashion brand design in the music industry.

Fashion design student Beatriz Fernandes and fashion promotion student Louise Barlow came together to work on a project with King Charles, who recently began collaborating with UCLan Recording Group and music consultancy service, to design an outfit for him and develop a promotional campaign to develop audience relations.

Beatriz, whose final year fashion collection was recently showcased on the catwalk of the prestigious Graduate Fashion Week in London, said King Charles was the “perfect candidate” to style as his distinctive look fit perfectly with the 22-year-old’s collection of 1800s inspired puff sleeves and cuffs. Beatriz designed a shirt for the singer, who showed his appreciation by singing his latest single ‘Money is God’ whilst wearing the outfit during her catwalk presentation.

Beatriz said: “I was the only student in the show who had her own singer, so it certainly made me stand out. King Charles was the ideal fit for me really because his style matches my designs so the whole thing came together really well. It was a good experience working on a real-life brief and I’ve never worked with a musician before so that was something completely new. I’ve been given really positive feedback from King Charles and I’m grateful for the opportunity to be involved in the project.”

"As soon as I heard the idea of performing as part of the UCLan Fashion Show I was in. I am hugely passionate about fashion and it was cool to be part of it."

Fellow student Louise was able to complement the singer’s look by using her skills to liaise with King Charles and his management team to develop a promotional campaign looking at his brand identity. The fashion promotion student focused her campaign on Instagram where King Charles boasts more than 12,000 followers.

She said: “I wanted to build on his strong social media presence by including more interactive content such as videos with a view to increasing fan engagement. I also made sure that the look and feel of King Charles’ Instagram profile is cohesive with his other brand element such as the artwork and graphics used in other promotional materials.”

King Charles and his team were impressed with the work Beatriz and Louise have done in just a few short months.

“As soon as I heard the idea of performing as part of the UCLan Fashion Show I was in.  I am hugely passionate about fashion and it was cool to be part of it.  There were so many interesting ideas coming from the students and it was fun to perform alongside it all.  Thanks for having me.” said King Charles.

The singer is also working more widely with the University through its in-house music label, UCLan Recordings Group imprint Gradgrind Music, on possible future promotional campaigns. It is expected that UCLan students on other courses will benefit from working on live briefs with King Charles in the future.

Tony Rigg, consultant for UCLan Recordings Group, said: “Charles, as well as being an incredible talent, is very forward thinking.  Together with his management we have been exploring new approaches to navigating the modern music industry and are looking forward to the prospect of developing the relationship further.” 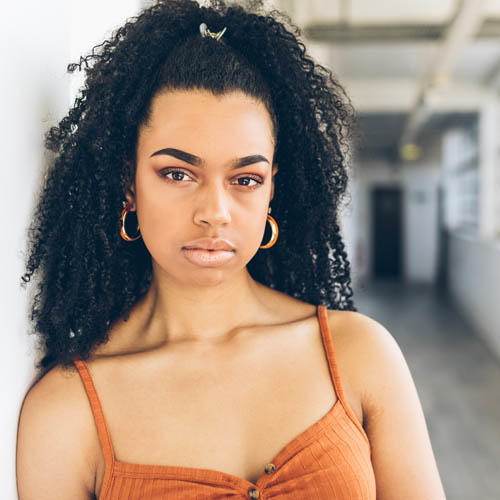