The University of Central Lancashire (UCLan) saw students, staff and members of the community join together in solidarity to act against violence towards women globally.

UCLan and the Creative Communities Group (CCG) brought participants together for the One Billion Rising for Justice campaign, which is held annually on Valentine’s Day, 14 February.

They were invited to dance the ‘Break the Chain’ choreography, this year instructed by World Salsa Dance champion Phil Kaila.

UCLan Honorary Fellow Russell Hogarth, co-founder and chair of the UCLan CCG, said: “Having a daughter and three granddaughters, this event is very close to my heart and one that I’m happy to support each year. The people of Preston dancing together are sending a message of solidarity to women everywhere.”

2018 marks the 20th anniversary of One Billion Rising and this year’s event called for people to rise, resist and unite to protest, not only against violence towards women and girls but also to address the wider social issues such as worker exploitation, poverty, racism, refugee rights and transphobia.

"it is important to host events like this at a place of education because students and young people are the world’s future and events like this can inspire movements towards a global positive change."

The dance was shared worldwide and took place in hundreds of countries where women are entitled to justice and should feel safe.

Julie Ward. Labour NW MEP and member of the European Parliament’s Women’s Right and Gender Equality Committee, attends the event annually. She commented: “There is lots of work to do and even in the year when we celebrate the centenary of women getting the vote, our lives are still too often blighted by casual sexism and targeted violence.”

Preston Mayor Councillor Brian Rollo was also in attendance and joined in with the dancing.

Nigel Farnworth, event organiser and manager of the UCLan CCG, added: “It is not often that UCLan students can dance with a Euro MP and the Mayor of Preston. I feel it is important to host events like this at a place of education because students and young people are the world’s future and events like this can inspire movements towards a global positive change.” 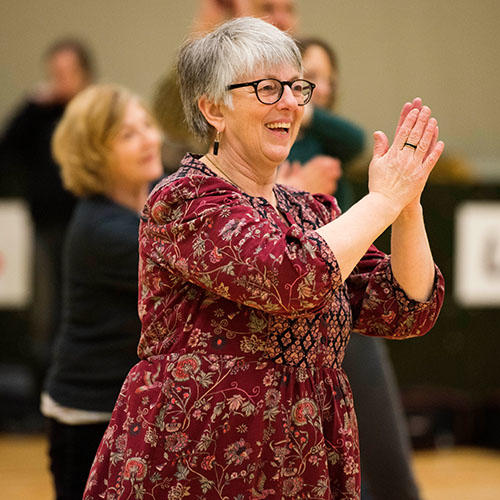 Attendee of the One Billion Rising event held at UCLan