UCLan lecturer is digital trailblazer according to national poll

A social work lecturer from the University of Central Lancashire (UCLan) has been named as one of the top women in the country for implementing technology into her work.

Senior lecturer Amanda Taylor has landed the third position in the Female GovTech Leaders Ranking 2018, a listing of ten women from across the public sector considered to be trailblazers when it comes to contributing, implementing and developing technology in the workplace.

Amanda is the only academic in the list, which is based on a public vote, and was recognised for embedding new technologies into her social work teaching. She has successfully run the international social work book group, @SWBookGroup, for several years, which unites social work students from the globe in topical discussions using Twitter and attracts top industry figures to the events.

Amanda said: “I’m really pleased and humbled to be recognised in this list alongside nine other women who are passionate about using the latest technology to make their work come alive. I am tremendously proud to be part of a digitally saturated institution, one that supports my endeavours to shape and influence the use of new technology in professional and higher, education.”

This isn't the first time that Amanda's work has been acknowledged. She was voted as one of the top 50 in 2016 by the Higher Education community in recognition of her innovative approach to teaching and learning and in 2011, won two University Vice Chancellors Awards for Outstanding Practice in Teaching and Learning. She was also nominated for the Higher Education Academy National teaching Fellowship Award in 2013, amongst others.

"I am tremendously proud to be part of a digitally saturated institution, one that supports my endeavours to shape and influence the use of new technology in professional and higher, education."

Amanda, who is currently involved in advising Social Work England on building a digitally ready workforce, added: "It was around the time that I joined UCLan that I was thinking about my contribution to social work education and sought to find methodologies that would complement my approach to teaching and learning more broadly.

"I found the accessibility and flexibility of new digital technologies to create a more dynamic teaching and learning space, one that encouraged students' engagement and supported a sense of belonging - something that can be difficult to achieve in large groups."

But Amanda's teaching methodologies are not just limited to UCLan. Over the last two or three years Amanda has been commissioned to deliver digital literacy and professionalism training to many local authorities and to assist them to map their digital journey for practice effectiveness in line with the digital shift.

As well as delivering these teaching methodologies to local authorities, Amanda has also a number of publications in this area – an article ‘Digitalisation and Social Work: Bridging the Knowledge Gaps, a number of blogs and a book titled 'The LearningWheel: A model of Digital Pedagogy' (2016)  in which Amanda articulated a visual model of digital pedagogy for an educationalist in the Further Education sector. 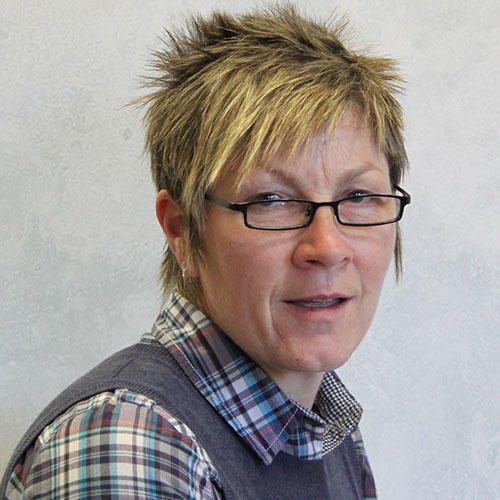