UCLan graduate jets off to New York to film documentary

A talented local film maker and graduate of the University of Central Lancashire (UCLan) has headed Stateside this week to explore and document New York’s independent filmmaking culture.

Film production and screenwriting graduate Alan Livesey is visiting New York City to explore what it’s like to be an independent filmmaker in one of the world’s most iconic film hubs. The 29-year-old is producing a documentary of his travels, which will include tracing the filmmaking steps of Martin Scorsese as he searches for Scorsese’s earliest filming locations, as well as heading to local film festivals to get a taste for the kind of filmmakers New York is producing today.

Alan, who left UCLan in 2013, has secured funding from the University for the trip and is hoping to produce an impromptu short film in between his documenting and adventuring. He commented: “I am so grateful that UCLan has offered me the opportunity to go to New York. I intend on getting the most creative and filmic inspiration possible whilst I’m out there. I’m looking forward to showing you what I’ve captured when I come back."

"I am so grateful that UCLan has offered me the opportunity to go to New York. I intend on getting the most creative and filmic inspiration possible whilst I’m out there."

Since finishing his degree at UCLan, Alan has already shot a short film in the Los Angeles as part of the 5000 Miles Project in 2013 and is most well-known for leading Preston’s filmmaking community in the production of The Blackout which premiered at The Preston Guild Hall to 700 people last November. 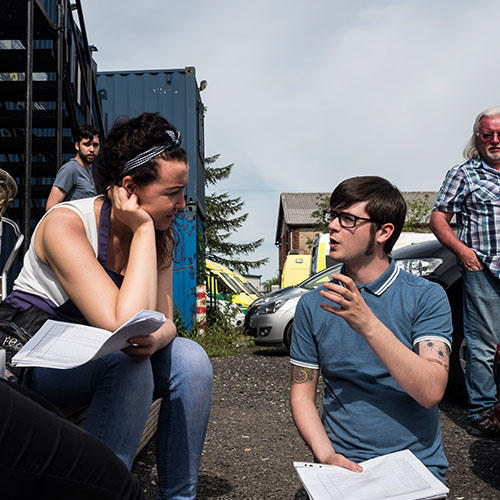