A third of all galaxy clusters may have been previously unnoticed

A University of Central Lancashire (UCLan) academic has been involved in a scientific discovery revealing that the number of galaxy clusters in the universe has been underestimated by a third.

Dr Roger Clowes, Reader in Astrophysics at UCLan’s Jeremiah Horrocks Institute, contributed to an international study led by Luis Campusano of the University of Chile, which identified 207 clusters of which approximately a third were previously unknown.

The discovery was made through the re-examination of data from the study of 191,440 galaxies from a survey conducted in 2003.

Galaxy clusters, structures consisting of galaxies bound by gravity and considered fundamental to the mapping and mass budget of the universe, are the largest fully-formed structures in the universe and usually considered relatively easy to see.

Previously, searches of clusters were based on the presence of bright elliptical galaxies, but the new findings were a result of the implementation of a cluster finder which considered spatial distribution of the galaxies, and not their brightness.

Dr Clowes said: “The new clusters are less luminous, ‘richer’ in spiral galaxies and irregular galaxies, and less concentrated towards the centres. The outcome that not all galaxy clusters look the same in the optical range means that they are approximately 33 percent more common than previously thought.

“The result is as surprising as if geographers had missed a third of the high peaks in a mountain range such as the Andes because they had snow and were a bit flatter on their tops.”

"The result is as surprising as if geographers had missed a third of the high peaks in a mountain range such as the Andes because they had snow and were a bit flatter on their tops."

Luis Campusano added: “We have found clusters with fewer and less luminous galaxies and more loosely packed towards the centres than the conventional clusters, properties that superficially give them an appearance not too dissimilar from ordinary regions of the sky. This is the main reason why they were unnoticed until now.”

UCLan’s Jeremiah Horrocks Institute, established in 1993 as the Centre for Astrophysics, carries out teaching in mathematics, physics and astronomy.

In 2013, Dr Roger Clowes led the team which discovered the largest known structure in the universe, a finding which challenged the Cosmological Principle; the assumption that the universe looks the same no matter where you are observing it from. 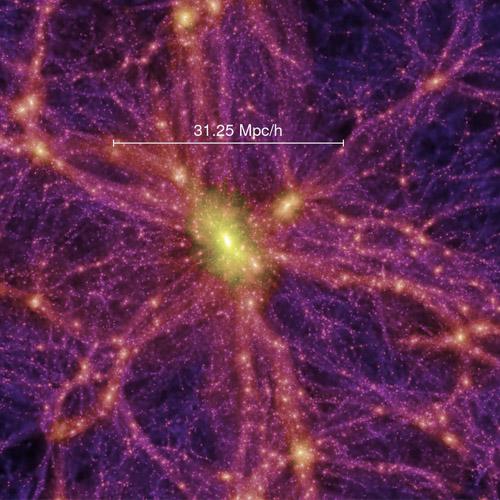