Will Kaufman, Professor of American Literature and Culture, was invited to deliver the prestigious Matthew Caygill Memorial Lecture at Leeds Beckett University, which saw a full house in attendance.

Often referred to as 'live documentaries', Will's presentations combine a mixture of Guthrie's songs performed live, along with excerpts from poems and letters that Will discovered in the Woody Guthrie Archives in Tulsa, Oklahoma.

Will, who is originally from New Jersey, said: "I was truly honoured to receive the invitation to deliver the Matthew Caygill lecture. Matthew Caygill, in whose memory the lecture series is named, was an outstanding Marxist historian, teacher and political activist.

"He was one of the founders of Left Unity and someone whose hopes and visions for a better world chimed resoundingly with those of Woody Guthrie."

'Woody Guthrie and 'Old Man Trump'' tells the story of Guthrie's battles in the 1950s against the racist policies of his Brooklyn landlord, Fred C. Trump, father of the US president. Will's discovery of Guthrie's writings against Trump marked a major intervention in the last presidential campaign, with the New York Times, the Washington Post, the Guardian, and many other global news sites reporting on it. Some of the lyrics Will discovered were subsequently recorded by Tom Morello (from Rage Against the Machine), Ani DiFranco, and other US musical luminaries.

Will is also an accomplished multi-instrumentalist and folksinger. The songs he performed in the Caygill lecture included the widely known 'This Land Is Your Land' as well as some lesser known Guthrie songs such as 'Don't Kill My Baby and My Son' and 'The Ferguson Brothers Killing'.

At the event, Will improvised an impromptu performance of a typewritten song of Guthrie's, 'Trump Made a Tramp Out of Me', which had never been sung anywhere before. Commenting on this, Will added: "It was scary, but it brought the house down."

Will has now revised and expanded the Caygill lecture into a full public performance, which will be premiered at the celebrated London music venue, the Green Note, in July. 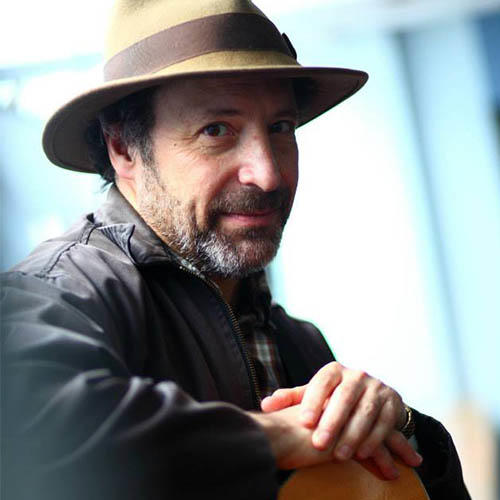