The largest ever global randomised nursing care trial, involving more than 11,000 patients, has revealed that sitting up or lying flat in the first 24 hours after a stroke makes no difference to recovery.

This research, published in the New England Journal of Medicine, set out to discover if the head position of people with the most common form of stroke (acute ischaemic) reduced the chances of death or disability.

Some previous studies had indicated that lying flat may improve recovery by increasing blood flow in the main arteries to the brain, but there were fears it also raised the risks of pneumonia. This new research found that the position of a patient’s head does not affect outcomes and these findings will be particularly reassuring to lower to middle income countries, where lying flat is more commonly practiced due to the lack of motorized beds.

The University of Central Lancashire’s (UCLan) Clinical Trials Unit acted as the UK’s regional coordinating centre for the study. UCLan’s Principal Clinical Trials Manager, Denise Forshaw, and her team were responsible for recruiting, managing and ascertaining the outcomes of more than 4,000 patients across 41 hospital sites in the UK. This global study was led by Australia’s, The George Institute for Global Health and was funded by their National Health Medical Research Council.

"This is the biggest study of its kind and proves that this model works, paving the way for future large-scale investigations into nursing care, in all areas."

Professor Dame Caroline Watkins, Faculty Director of Research and Innovation at UCLan, said: “It’s important that we understand the implications of variations in care so that we can identify and share best practice across the world. This is the biggest study of its kind and proves that this model works, paving the way for future large-scale investigations into nursing care, in all areas.

“Everyone involved in the study has been instrumental. Without the cooperation of the UK Clinical Research Network, all the sites, and the participating patients, this study wouldn’t have been possible, so it’s thanks to them that we were able to conduct a trial of this size and draw significant conclusions from it.”

Lead investigator Professor Craig Anderson of The George Institute said: “Many stroke specialists believe that the way the body is positioned after stroke makes a difference to their patient’s recovery. But, there was really no conclusive evidence to back this up.

“We know the first 24 hours of care post-stroke is crucial to recovery, so it was vital to find out if sitting up or lying down flat could make any difference. What we found is that head position does not matter so much over and above good nursing care. It does not help with recovery, with mortality or how a patient feels. However, we also found there were no significant harms associated with either lying flat or sitting up.”

The study took place at 114 hospitals in nine countries (UK, Australia, China, Taiwan, India, Sri Lanka, Chile, Brazil and Colombia). Patients were either assigned to lie flat with their face upwards or with their head raised to at least 30 degrees during the first 24 hours after being admitted to the hospital for a stroke. They were then assessed 90 days later. 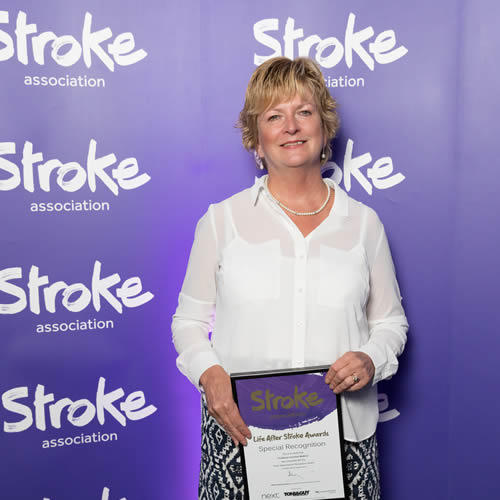