More than 2.6 million stillbirths continue to occur globally every year with very slow progress made to tackle this ‘silent problem’, according to new research published in The Lancet with contribution from a University of Central Lancashire (UCLan) professor.

Despite significant reductions in the number of maternal and child deaths, there has been little change in the number of stillbirths (in the third trimester of pregnancy) even though the majority are preventable.

In low and middle income countries, half of all stillbirths occur during labour and birth, usually after a full nine month pregnancy, and the research highlights that most of these 1.3 million deaths could be prevented with improved quality of care. In contrast, in high income countries, like the UK, the vast majority of stillbirths happen during pregnancy, and women and parents who are from minority ethnic groups, or who are living in poverty, and more likely to experience the stillbirth of their baby. In 2013, most of the Trusts in the North West had still birth rates that were at least 10% above the average.

The Ending Preventable Stillbirth research series states the annual rate of reduction for stillbirths is 2.0%, much slower than progress made for maternal (3.0%) and child deaths (4.5%).It also reveals the hidden consequences of stillbirth, with more than 4.2 million women living with symptoms of depression, often for years, in addition to economic loss for families and nations.

Series co-lead, Professor Joy Lawn from the London School of Hygiene & Tropical Medicine, said: “We must give a voice to the mothers of 7,200 babies stillborn around the world every day. There is a common misperception that many of the deaths are inevitable, but our research shows most stillbirths are preventable. Half of the 2.6 million annual deaths could be prevented with improved care for women and babies during labour and childbirth, and additionally, many more lives could be saved with effective care during pregnancy. We already know which existing interventions save lives. These babies should not be born in silence, their parents should not be grieving in silence, and the international community must break the silence as they have done for maternal and child deaths. The message is loud and clear - shockingly slow progress on stillbirths is unacceptable.”

Professor of Midwifery Studies at UCLan Soo Downe is a member of the Lancet Ending Preventable Stillbirths Series Advisory Group and a co-author on one of the study’s research papers that looks at the economic and psychosocial consequences of stillbirth. She commented: “Despite the frequency of stillbirths, the subsequent implications are overlooked and underappreciated. This undervaluation might contribute to the slow pace of change to address stillbirths on a national and international level.

“The global community needs to recognise the long-term effect of stillbirth on parents, families, staff, societies, and health and social care systems, including the challenges faced by parents after a stillbirth such as stigma and social isolation, and that the indirect and intangible costs of stillbirth are extensive and are usually met by families alone.”

"The consequences of stillbirth have been hugely underestimated. Our research suggests that grief and symptoms of depression after stillbirth often endure for many years. It is vital we, as carers, see the loss through the eyes of those parents affected..."

New estimates of stillbirth rates for 195 countries developed by the London School of Hygiene & Tropical Medicine with the World Health Organization and UNICEF reveal huge inequalities around the world. Ten countries account for two-thirds of stillbirths with India having the highest number, estimated at 592,100 in 2015. The highest rates are in Pakistan (43.1 per 1,000 total births) and in Nigeria (42.9). The lowest rates are in Iceland (1.3), Denmark (1.7), Finland (1.7) and the Netherlands (1.8). Netherlands is also making the fastest progress, reducing stillbirths by 6.8% per year. The United States is one of the slowest progressing countries with a reduction of 0.4% per year.

In every region around the world there are countries that are outperforming their neighbours, for example Rwanda is the fastest progressing country in Africa (annual rate of reduction of 2.9%) demonstrating that most stillbirths are preventable and progress is achievable.

UN Secretary-General, Ban Ki-moon, said: "Childbirth is one of the most risky moments of life for both mothers and babies. We must make a global push to eliminate the tragedy of the millions of mostly preventable stillbirth deaths that occur every year. That is why a focus on a continuum of care, from family planning through pregnancy to birth and beyond into childhood and adolescence, is a key element of the Every Woman Every Child movement and the Global Strategy for Women's, Children's and Adolescents' Health."

The new research includes the first global analysis of risk factors associated with stillbirth, underlining that many deaths can be prevented by:

The research also highlights the underappreciated psychological, social and economic impacts of stillbirth on parents, families, caregivers, and countries. New estimates suggest at least 4.2 million women around the world are living with symptoms of depression due to stillbirth, suffering psychological distress, stigma and social isolation, as well as increased risk of family breakdown, and even abuse and violence.

Christina Sapulaye from Malawi, who experienced a stillbirth last year, said: “It was a very painful situation to me and I never knew what to do… I am being stigmatised by my own people and was divorced due to the stillbirth, and now I am by myself with my little kids.”

Fathers also commonly report suppressing their grief, and almost half of 3,503 parents surveyed in high-income countries felt society wanted them to forget their stillborn baby and try to have another child. 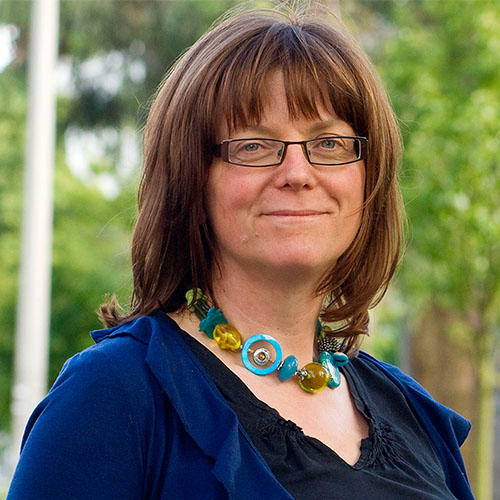 "The consequences of stillbirth have been hugely underestimated. Our research suggests that grief and symptoms of depression after stillbirth often endure for many years."

The economic impact of stillbirth for families ranges from funeral costs for their baby to loss of earnings due to time off work, with data suggesting 10% of bereaved parents remain off work for six months. The direct financial cost of stillbirth care is 10-70% greater than for a live birth, with additional costs to governments due to reduced productivity of grieving parents and increased welfare costs.

Dr Alexander Heazell, Series co-author from the Tommy’s Stillbirth Research Centre at St Mary’s Hospital, University of Manchester, said: “The consequences of stillbirth have been hugely underestimated. Our research suggests that grief and symptoms of depression after stillbirth often endure for many years. It is vital we, as carers, see the loss through the eyes of those parents affected to provide sensitive and respectful bereavement care. We know that something as simple as supporting parents to see and hold their baby and providing bereavement support can reduce the long-term negative impact of stillbirth. Dealing with stillbirth can also have a psychological impact on health workers; consequently, better training and provision of support for those looking after affected families should also be a priority.”

While there is currently significant investment in care and research for babies after they are born, the research calls for more focus on the baby before birth, with increased funding that reflects the scale of 2.6 million deaths a year. They argue that high-quality care during pregnancy and labour would result in a quadruple return on investment by saving lives of mothers and newborns, preventing stillbirths, and also improving child development.

Series co-lead, Vicki Flenady, Associate Professor from the Mater Research Institute - University of Queensland, said: “There is a huge variation in progress on stillbirths, even in high-income countries, from rates of 1.3 to 8.8 stillbirths per 1,000 total births, with stigma, taboo and fatalism still a reality. All countries should implement and respond to high quality national audits of these deaths, which will lead to improvements in quality of care. This has been the case in the Netherlands, which has had the steepest reduction in stillbirth rates. If every high-income country achieved stillbirth rates of 2 or less, like the best performing countries, then nearly 20,000 stillbirths could have been prevented in 2015.”

The Ending Preventable Stillbirth Series was developed by 216 experts from more than 100 organisations in 43 countries and comprises five papers. The research provides compelling evidence of the preventability of most stillbirths, forming the basis for action from parents, health care professionals, and politicians. It follows the research group’s 2011 series on stillbirths also published in The Lancet.