University of Central Lancashire (UCLan) alumnus Sir Kevin Smith CBE has been appointed to a steering group which is shaping the future of the University’s Engineering Innovation Centre (EIC), a key project within its £200 million Masterplan.

The group plays a significant role in ensuring the EIC, a state-of-the-art facility due to be completed in 2018, meets industry needs and maximises graduate recruitment in key engineering skills gaps.

Sir Kevin, who earned a first-class BA Honours degree in business studies from UCLan in 1978, currently serves as non-executive director for Rolls Royce after stepping down as CEO of GKN, the FTSE100-listed global engineering and manufacturing company, in 2011.

"Working together we will ensure the facilities, curriculum and research capabilities meet the needs and opportunities of the engineering industry."

Sir Kevin was awarded a CBE for services to industry in 1997 and appointed Knight Bachelor in 2007. He has served as a non-executive director on several boards including Scottish and Southern Energy plc, Saab AB, Panavia, GmbH, Eurofighter GmbH and SEPECA.

In 2011 he received an honorary fellowship from UCLan and has also served as a UK business ambassador, appointed by prime ministers Gordon Brown and later David Cameron.

Professor Hayden said: “Sir Kevin’s significant contribution to the manufacturing and engineering industries alongside his UCLan graduate status make him an invaluable addition to the EIC steering group. His involvement will be crucial in terms of providing expert advice on the strategy and implementation of the centre and maximising its positive impact.

“Working together we will ensure the facilities, curriculum and research capabilities meet the needs and opportunities of the engineering industry on a regional, national and international level.” 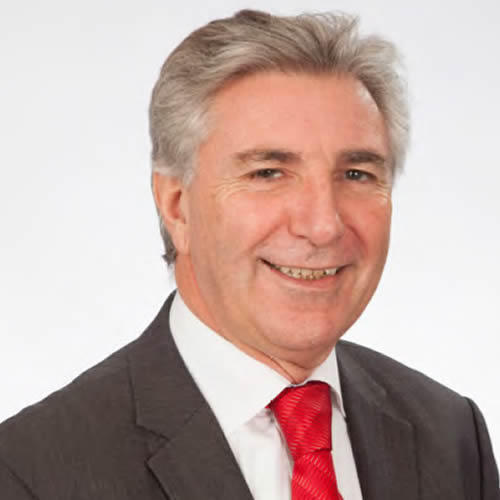 "The University is poised to become a real leader in engineering innovation, providing a world class facility for young people to realise their potential."

Sir Kevin added: "UCLan played a key role in shaping my own career and I feel privileged to have the opportunity to help shape the future of hundreds of engineering graduates every year through my participation in the EIC Industry Steering Group.

“The University is poised to become a real leader in engineering innovation, providing a world class facility for young people to realise their potential, and the lifeblood for the North West region to maintain its position as the powerhouse of engineering and manufacturing in the UK.”

The £30 million EIC aims to exploit the University’s location at the heart of one of the most intense engineering and manufacturing areas in the UK and establish UCLan as a leader in engineering innovation.

It will create an integrated space for teaching, research and knowledge exchange, resulting in higher education provision in Lancashire which more closely reflects the economic priorities of the business community.