UCLan study covers over half a million

One in every five children in England are referred to children’s services before the age of five despite the introduction of the government’s policy of providing Early Help according to research published today in the British Journal of Social Work.

A Freedom of Information (FoI) request by researchers at University of Central Lancashire (UCLan) gained responses from 75% of English local authorities showing that 115,735 children, 22.5% of the over half million children born in 2009-10 in these authorities, had been referred to children’s services before their fifth birthday in 2015. The paper shows that half of those referred, one in every nine children, were at some time suspected of having suffered abuse or neglect. Child protection investigations were carried out into the circumstances of 5.4% of all children born in 2009/10.

Whilst it is often assumed that the majority of child protection concerns relate to sexual or physical abuse, the main focus is concerns about neglect and emotional abuse; the latter often following a referral for domestic violence. National statistics on children of all ages show large increases of child protection plans due to neglect and emotional abuse in the last five years. In 2015 more than three quarters of all child protection plans were for these two reasons. In contrast, plans following sexual abuse had changed little and those from physical abuse had fallen slightly.

The lead researcher and Associate Director of UCLan’s Centre for Children and Young People’s Participation, Professor Andy Bilson, commented: “I was shocked to find that at least 11% of this half a million children came under suspicion of abuse or neglect before they were five. “The tragic deaths of children like Ayeeshia Smith, and desperation not to be the one who misses the early signs next time, have led to a climate of suspicion with increasing numbers of children in care and adopted, and child protection investigations spiralling.

“Children’s services are under considerable pressure to investigate more mainly because of government, media and public responses to child deaths and an Ofsted inspection regime that is covering its back. The policy of Early Help was introduced to try to ensure children receive support from all agencies to prevent abuse and neglect but the government has reduced funding for early intervention by 55% since 2010. The introduction of Early Help against the current background of fear of blame for another tragic death creates a toxic mix in which schools, NHS staff, and police are all trying to defend themselves by passing on even the smallest concern to children’s services leading to an 80% increase in investigations in the last five years.* Social workers are swamped by this growing tide of investigative work leaving little time to support victims and help families overcome the problems leading to referral.

“An increasing proportion of investigations do not find children to be significantly harmed. These inconclusive investigations have more than doubled from 45,000 to 98,000 in the last five years leading to many more families being unnecessarily put through the trauma of an accusation that they are harming their child. By 2014-15 less than two in every five child protection investigations found significant harm leading to a child protection plan. There is little or no evidence that this growing culture of high levels of suspicion of abuse provides better protection for children and some evidence that unfounded investigations are in themselves harmful.”

The report suggests that many parents, even those that had a good relationship with their social worker, go on to reject voluntary support following an investigation where significant harm is not found. Such unfounded investigations have the effect of alienating parents, placing additional stress on them and simultaneously reducing the likelihood that vulnerable children will receive the help they need.

"I was shocked to find that at least 11% of this half a million children came under suspicion of abuse or neglect before they were five."

Professor Bilson added: “It is not possible to estimate how many children born in 2009-10 will be referred or investigated before they are 18 but, since nearly 60% of referrals and child protection plans are on children aged five or more, it is certainly going to be very much higher than the 22.5% seen in this study. Such high levels of referral and increasing suspicion of abuse make it difficult to identify the small group of children who are in real danger or to help those who have suffered harm.

“Child protection activity is concentrated in the country’s most deprived areas where children are 11 times more likely to be on a child protection plan or in care compared to those living in the least deprived areas. The paper calls for a new framework for social work that provides a tighter focus for investigations and instead works on alleviating deprivation and developing family and community strengths to provide better lives for children. Children need to be protected but there is little evidence to suggest that this is achieved by the current scale of statutory involvement which brings ever higher levels of suspicion, shame and fear on a considerable proportion of families in the most deprived areas where this activity is concentrated.”

Andy Pithouse, Professor of Social Research from the School of Social Sciences at the University of Cardiff, commented: “This exceptional landmark study puts into sharp relief the extraordinary scale of child protection referrals and investigations in England and the worrying absence of family support services for the very many children and parents whose circumstances do not warrant intervention but who nonetheless have significant needs.

“This picture of social work in a spiralling net-widening climate of fear, suspicion and all too often unfounded concerns over child harm, is unlikely to be confined to England. It demands a response by governments across the UK to ensure that children and families get early, caring, durable support they can trust.”

Co-chair of the Association of Professors of Social Work and Professor of Social Work at the University of Huddersfield Brid Featherstone said: “This research obliges urgent debate about whether we need to re-think how the system responds to families experiencing difficulties. Are we too often reacting with an investigation when what may be needed is help?”

A full copy of the report, Measuring Referral and Child Protection in England: One in every five children referred to children’s services and 1 in 19 investigated before the age of five, is available on the British Journal of Social Work website. It was written by the Associate Director of UCLan’s Centre for Children and Young People’s Participation Professor Andy Bilson and UCLan Lecturer in Social Work and Care Katie Martin. 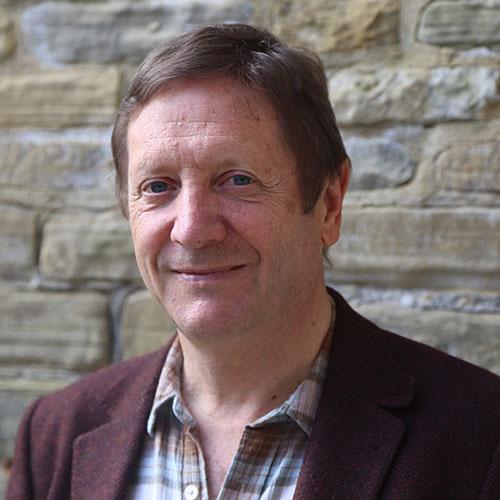