Gymnastics coach bounces back to graduate

A former competitive gymnast from the West Midlands has overcome adversity to achieve a coaching qualification designed to maximise the performance of elite athletes.

Gymnastics coach Brett Ince, from Dudley, graduated from the University of Central Lancashire (UCLan) with a Postgraduate Diploma in Elite Coaching Practice, which he completed on a scholarship.

He was recommended the programme by course Coach Mentor John Trower, through his involvement with British Gymnastics, the official national governing body for the sport of gymnastics.

During his time at UCLan, the 29-year-old was set to accompany junior gymnasts to the Rio Olympics Games in Summer 2016 but after sustaining injuries in a serious car crash he was unable to make the trip.

He was due to accompany the youngsters as part of the British Olympic Association’s (BOA) Ambition Programme, in which young athletes and coaches get to experience the Olympic Games.

The accident also meant that Brett had to graduate a year later than he was originally scheduled to.

"At times it was a challenge juggling my role as a high-performance coach with studies but the tutors were really flexible, which was a great help."

Brett, who runs the Park Wrekin Gymnastics Club in Telford, coaches five junior gymnasts including 16-year-old Alice Kinsella, one of the four athletes who qualified to represent Great Britain at the World Championships this year.

Brett said: “Graduation was a special day for me, and really brought home what I’d achieved through the course. It felt great to reach that point after the setback, especially as I’d never pictured myself going to university.

“At times it was a challenge juggling my role as a high-performance coach with studies but the tutors were really flexible, which was a great help. It was disappointing not travelling to Rio but after my accident everyone was so supportive and I got through it.

“The course appealed to me as it was different to anything I’d done before, and because it wasn’t gymnastics specific I met coaches from other sports including tennis, football and rugby so we were all able to learn from each other’s areas of expertise.” 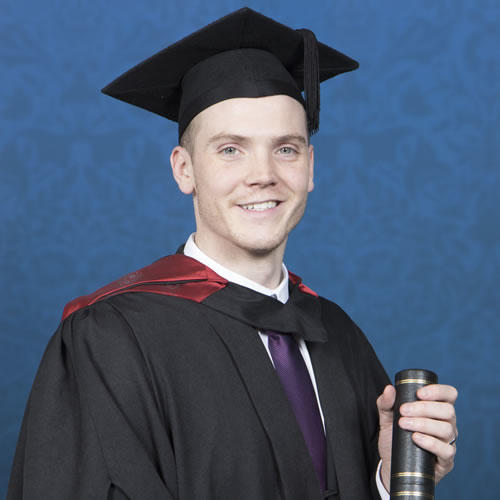