Electronic music event was a treat for the ears

Electronic music fans have been treated to a one-day spectacular, thanks to the University of Central Lancashire (UCLan).

808 State’s Graham Massey, who is a UCLan Honorary Fellow, influential Vienna based producer and composer Patrick Pulsinger and the BBC’s Steve Barker were among the industry experts who took part in the ‘Present and Future of Electronic Music’ conference.

They were joined in Preston by an international cast of circa 30 experts, including people from the music industry and academics, who presented research and explored this genre of music.

Tony, who has previously occupied roles such as Operations Director for Ministry of Sound, said: “The feedback from the conference has been great. The audience members came away feeling like they’d got a deeper understanding of what electronic music is, what it does, how it is made, how it is consumed and what its future might be.”

The album is due for official release early next year on the Gradgrind Music Label, a new enterprise set up by UCLan.

On hearing Paul play, Graham Massey said: “It was great to hear a skilled player on the Mini Moog, Paul obviously has a deep relationship with the instrument that started the synth revolution 50 years ago. Like watching James Bond throwing an Aston Martin around, it was classical. I also liked the films that threw light on Paul’s personal love affair with the Mini.” 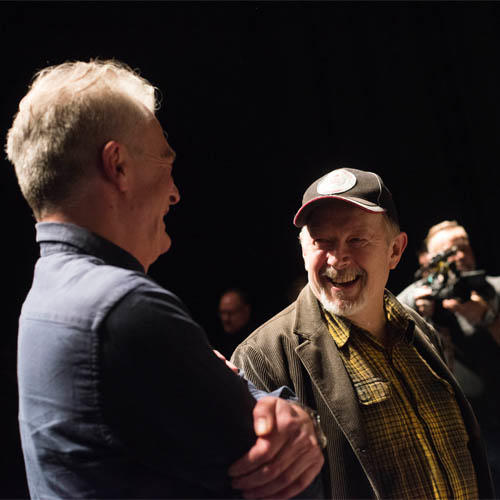