Cardiac arrest survivor returns to graduate with a First

An acting student who had a cardiac arrest during a live theatre performance has celebrated graduating with a First from the University of Central Lancashire (UCLan).

In February, Gary Tatham was performing in the sixth show of Clybourne Park, a final year production, when his heart stopped beating and he collapsed backstage.

His castmates, director, the UCLan Security Team and three ambulance crews worked to keep him alive for 40 minutes until he was stable enough to transfer to the Royal Preston Hospital.

The 23-year-old said: “I had the usual pre-show nerves and rush of adrenaline but I was also anxious that I couldn’t see or get hold of my mum and auntie who were meant to be in the audience. It seems that was too much for my system and the next thing I could remember was waking up in hospital.”

He was placed in an induced coma and hospital tests showed Gary had Wolff-Parkinson White syndrome, a congenital condition which causes electrical problems with the heart. He had heart abrasion surgery in Manchester; he was soon transferred back and spent a week recovering in Preston before heading home to Bedford for a month to recuperate.

The former Mark Rutherford School pupil and member of the National Youth Theatre’s Playing Up course said: “If it wasn’t for the quick actions of my dear Clybourne Park cast mates, my director, UCLan Security and the hospital services, I would be dead. I can’t thank them enough for saving my life.

“In most cases people who are out for as long as I was are left paralysed or brain dead due to the lack of oxygen so I’ve been really fortunate. The only side effect I’ve got is some memory loss but it’s certainly something I can cope with.”

"I’m over the moon and this has proved to me that I should never take anything for granted again, life is so precious and mine was so close to ending."

Six weeks after his collapse, Gary was back at UCLan ready to take part in the acting showcases in Manchester and London.

He added: “I was so happy to be able to finish my degree. While I was recovering, I couldn’t see myself getting back to University so to be able to come back and graduate with a First is amazing. I’m over the moon and this has proved to me that I should never take anything for granted again, life is so precious and mine was so close to ending.”

Gary is working with his agent to get auditions at theatres across the country with the hope his contemporary look and skill will soon land him a role. 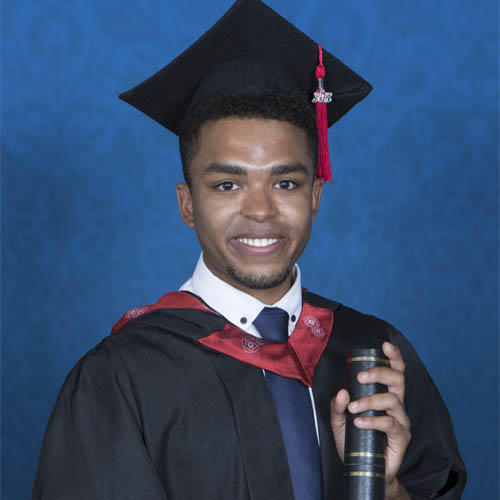 Gary bounced back after a cardiac arrest to get a first