The world’s biggest combined genetic analysis study into oesophageal cancer has revealed nine new genes which provide further evidence towards the causes of the disease and could be used to develop novel, targeted and personalised treatments for those predisposed to it.

The findings from this analysis of participating genetic investigations from across the world have been published today in the prestigious peer-reviewed Lancet Oncology Journal.

It identified nine new genes involved in the development of oesophageal cancer and its precursor Barrett’s oesophagus, which causes cells in the gullet to grow abnormally. Oesophageal cancer is one of the fastest rising forms of cancer in the western world and these findings have more than doubled the number of known genetic targets associated with these diseases.

The researchers also discovered new links between Barratt’s oesophagus, oesophageal cancer and obesity, as well as links with other common, and often inherited, diseases including cystic fibrosis and gastroesophageal reflux disease.

This suggests that these conditions could also be associated with the development of Barrett’s oesophagus and oesophageal cancer, meaning there may be other avenues to explore when it comes to prevention and treatment of the diseases.

Professor Janusz Jankowski, Professor of Medicine and Lead for Clinical Research at UCLan’s Medical School and Director for Research at North Cumbria University Hospitals NHS Trust co-led the research and said: “Oesophageal cancer is the 13th most common type of cancer in the UK but because of its late diagnosis it is the 6th most fatal cancer. Furthermore, adenocarcinoma, which forms in the lower part of the oesophagus, is more common here than anywhere else in the world, so these are promising findings indeed.

“Previously, we knew of seven genes associated with this type of cancer and Barrett’s oesophagus, so to have more than doubled this is extremely promising for both prevention and intervention strategies for treatment. It may also help us to predict the transition between Barrett’s oesophagus and the oesophageal cancer.

“There is still work to be done, but being aware of these additional genes and cellular pathways, likely to be involved in disease development, gives us a much better idea of how and why people are affected by this type of cancer.”

"There is still work to be done, but being aware of these additional genes and cellular pathways, likely to be involved in disease development, gives us a much better idea of how and why people are affected by this type of cancer."

Professor Janusz Jankowski added: “Our previous genetic work suggested that obesity is likely to be causally related to Barrett's oesophagus. This work was subsequently replicated by the QIMR Berghofer group. It was therefor of major interest to work together with them to pool our studies and samples. In this new study we identify some of the specific genes which influence both obesity and oesophageal cancer. It appears that screening for overweight patients with reflux disease or Barrett's oesophagus might be an important approach but in the meantime maintaining a healthy bodyweight is crucial for patients with reflux and should be reinforced by health care practitioners.”

Researchers from UCLan are now involved in clinical trials to investigate these newly discovered genetic targets, testing their associations with other genes and the development of both Barrett’s oesophagus and oesophageal cancer. This includes prevention of the cancer with low dose aspirin therapy.

Jankowski continued: “Our plan now is to further research these novel genetic markers and molecular targets in the hope that this will enable us to develop new personalised treatments for those affected by these diseases.”

The study received funding from the US National Institutes of Health (NIH) and the National Health and Medical Research Council (NHMRC) of Australia. 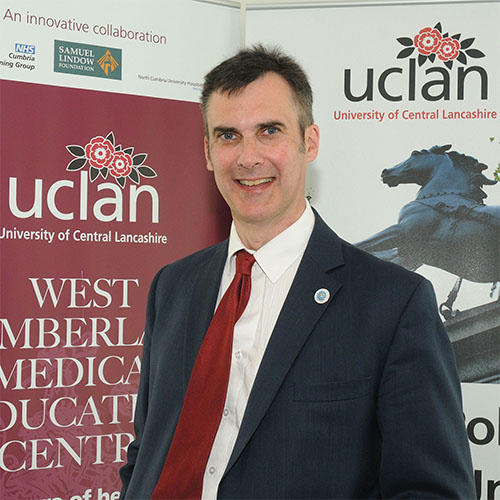