Blind journalist Salim is snapped up by the BBC

A Blackburn graduate has already been snapped up by the BBC after being accepted on the Corporation’s prestigious training scheme just months after leaving university.

University of Central Lancashire (UCLan) International journalism graduate Mohammed Salim Patel, who suffers from a degenerative eye condition called Retinitis Pigmentosa (RP) and blogs as TheBlindJournalist, has been offered a place on the BBC Journalism Trainee Scheme (JTS) which starts in September. The 11 month flagship contract will allow the budding journalist, who likes to be known as Salim, to work across the many platforms of BBC News to develop his skills.

Salim commented: “I was rapturous when I received the phone call from Julian, head of the JTS. Knowing that all the hard work which went into both the application process and then the gruelling eight hour long interview had paid off was a jubilant moment. Considering that this scheme is the BBC's flagship scheme for budding journalists and knowing that many of the high profile broadcast journalists we see today have all come through the JTS, makes this success all the more sweeter.”

The 22-year-old has never let his disability get in the way of his ambitions to be a successful broadcast journalist and he graduated from UCLan last December with a first-class degree in journalism. Since then Salim has already worked for the BBC through its Journalism Talent Pool and was also the Excellence in Journalism award winner at the first Great Northern Creative Festival last year in recognition of his final year project. For this he produced a 23 minute piece called An Insight into RP, which explored how the condition affects sufferers as well as looking at what causes it, the research that’s being done to find a cure and the support available for people with RP.

The former Blackburn College pupil said: “This documentary has allowed me to raise awareness of an eye condition that affects 3.5 million people across the world and show what I’m capable of at the same time.”

He added: “The JTS scheme was open internationally and knowing that out of thousands of applicants I was successful for me reinstates what I have said to myself all along - in life anything can be achieved if undeterred dedication and commitment is given. None of this success would have been possible without the help of my lecturer Deborah Robinson and the BBC Journalism Talent Pool staff so I'd like to say a massive thank you to them all.

“I'm now eagerly awaiting for September to arrive so my journey on the JTS can begin but until then I will be working at BBC Radio Lancashire as a broadcast journalist so the journalism never stops.”

UCLan broadcast journalism lecturer Deborah Robinson congratulated Salim. She said: “Salim was a brilliant student. He has worked incredibly hard to develop his career with the BBC, gaining placements with Radio Lancashire and the BBC TV consumer programme ‘Rip Off Britain’ and shadowing the presenter Peter White on the Radio 4 ‘You and Yours ‘ programme.

“He has shown determination and talent in reaching his career goal. Salim competed against other students to gain a place on a talent scheme run by Victoria Roye, BBC Talent Manager for Entertainment and Current Affairs. Victoria and the talent team at MediaCity were absolutely brilliant in mentoring Salim and supporting him during work placements. This helped him achieve a place on the JTS. I cannot thank the BBC enough for this and I’m happy to say we continue to work in partnership with Victoria to develop talented journalists and to broaden access to careers in the media.” 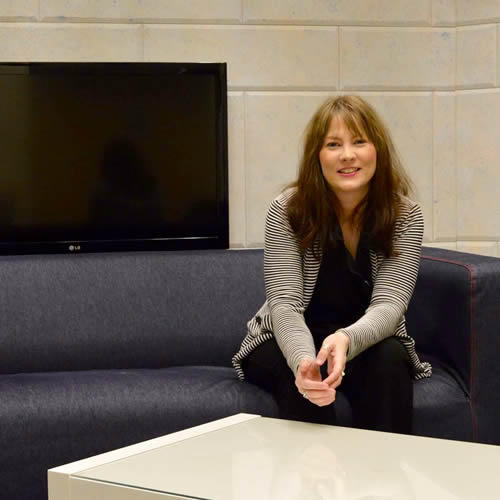 Another UCLan journalism graduate, Donna Sladen, has been accepted into the ITV Insight Pool which shares members-only information on placements, job opportunities, industry news and events to kick-start a career in television journalism.

Deborah added: “Donna is a terrific student who has proven time and again an innate ability to spot a story and then to persuade people to talk to her about it on camera. Donna has huge potential and her ability shone through when she worked as part of a student team documenting the making of ‘A Soap in a Week’, a joint UCLan/ITV project organised by our film and media colleagues in the University. This brought her to the attention of ITV’s talent scouts and has resulted in Donna achieving a place in the ITV Insight Pool.

“Undoubtedly this will provide Donna with fantastic opportunities to network and to access placement and job opportunities. We believe that forging strong partnerships with media organisations like ITV helps our students gain terrific work experience and ultimately jobs, as evidenced by our employability statistics. We are thrilled with Donna’s success.”