An international study into honour abuse has found that anti-gay violence is still very much endorsed around the world.

New research, published in The Journal of Interpersonal Violence by the Honour Abuse Research Matrix (HARM) at the University of Central Lancashire (UCLan), analysed attitudes to violence against the LGBT community in five countries; India, Pakistan, Malaysia, Iran and England.

It found that a person’s gender, age, educational status, and religious denomination shaped their approval of such violence. Specifically, it was found that men in countries where an honour culture exists are more likely to approve of anti-gay violence. An honour culture is when a person feels obliged to defend his or her reputation and is willing to use force to do so. Respondents from Pakistan were most supportive of this type of abuse, which coincides with the high rate of honour killings in the country.

The study recruited 922 students, aged between 16 and 61, in four Asian countries, as well as Asian British and White British students in England. Of these, 511 were female and 410 were male.

All participants read a brief report depicting a man whose relatives verbally abuse him and threaten him with life-threatening violence, after suspecting that he is gay and has joined an online dating website to meet men.

Participants then completed a short questionnaire that assessed the extent to which they thought the man’s actions had damaged his family’s honour and their approval of the anti-gay honour abuse depicted in the scenario.

"HARM is a vitally important network of professionals, charities, police, volunteers and academics - all working together to accelerate learning, increase understanding and share best practice in order to tackle honour-based abuse and support its victims."

She said: “In a world where at least 69 countries still have national laws criminalising same-sex relations and anti-gay violence is on the rise, with countries such Brunei recently introducing new anti-gay laws, we feel this research is vital to make steps towards understanding perceptions of anti-gay honour abuse.

“Our results found that older, religious, less educated, and married individuals would endorse anti-gay honour abuse more than younger, non-religious, more educated, and unmarried people. We also found that participants from all four Asian nations and British Asians would be more endorsing of the damage to honour and more accepting of anti-gay honour abuse than British White participants.” 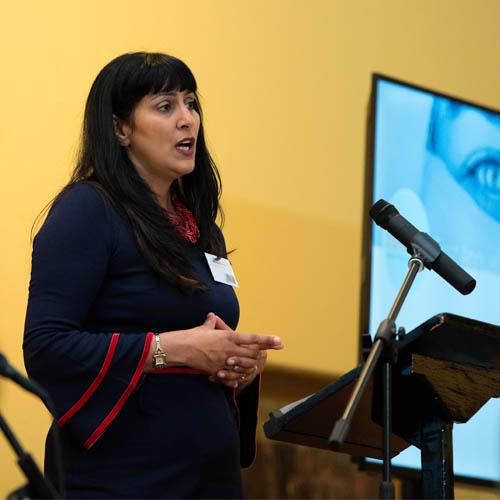 Dr Michelle Lowe, Reader in Criminological and Forensic Psychology at the University of Bolton, is one of the researchers who wrote the report.

She said: “Research in this important area needs to continue to appreciate the full scope of the problem. It is pleasing that in some nations, endorsement of anti-gay attitudes and violence is low. However, in other nations, anti-gay attitudes are prevalent, which creates a culture where victims of anti-gay honour abuse struggle to receive the help that they desperately need.”

The research was shared at the HARM annual conference, hosted by UCLan, which brings together researchers, front-line professionals, support organisations, educators, activists and policy makers working to combat so called honour crimes such as homophobic attacks, forced marriage and female genital mutilation (FGM).

Matt Mahmood-Ogston, from the Matt and Naz Foundation which aims to tackle homophobia by supporting parents to accept their children, is an Ambassador for HARM and attended the conference.

He said: “The HARM research is vital for breaking the down the walls of silence that exist within conservative families who refuse to accept their gay son our daughter.

“It is critical that homophobic abuse, triggered by religious or cultural belief, is tackled using the same psychological thinking that is used to tackle honour abuse. The HARM network, and its members, play a vital part in tackling LGBTQI+ honour abuse.  Male victims of honour abuse, particularly those who are LGBTQI+, are often overlooked or don’t come forward to report their abuse for fear of it not being taken seriously.

“HARM is a vitally important network of professionals, charities, police, volunteers and academics - all working together to accelerate learning, increase understanding and share best practice in order to tackle honour-based abuse and support its victims and survivors.”

The former Chief Prosecutor for the North West, Nazir Afzal OBE, is also an Ambassador for the HARM Network. He added: “Without evidence, you might as well give up. It’s about sharing good practice and that’s what the HARM network will do.”

The full research report, Antigay “Honor” Abuse: A Multinational Attitudinal Study of Collectivist- Versus Individualist-Orientated Populations in Asia and England, is available to download.

Photos from the HARM annual conference are available to view on the UCLan Flickr gallery.