Independent publisher Comma Press and the University of Central Lancashire (UCLan) are pleased to announce JE Rowney as the winner of the third annual Dinesh Allirajah Prize for Short Fiction.

The winner was chosen by a panel of judges including UCLan’s Senior Lecturer in English Literature Dr Robert Duggan, prolific short story writer Martyn Bedford and Northern Soul’s Literary Editor, Emma Yates-Badley, and was announced online today as the story “Protect and Serve” by JE Rowney.

The theme of this year’s Dinesh Prize was ‘Artificial Intelligence’, inspired by Dinesh’s short story ‘The Longhand Option’ from Comma’s Beta-Life anthology, which paired authors with scientists to write stories based on AI technology.

The six shortlisted stories will all be published online as an eBook by Comma Press (available from 29 May) and the winner will receive £500 from UCLan, as well as having their winning story published in Northern Soul.

"“I very much admired the story’s clarity and economy, and the narrative was skilfully staged for the reader."

Commenting on the winning entry UCLan’s Dr Robert Duggan, said: “I very much admired the story’s clarity and economy, and the narrative was skilfully staged for the reader. I didn’t see the ending coming and I thought the overall rhythm of the piece matched the classic science fiction short story form very well. The scenario is quite close to contemporary life in a tech sense and topical in its exploration of how personal data is handled, while leaving enough ‘wonder’ to leave the reader intrigued by the possibilities. Overall, it’s an impressive achievement.”

Fellow judge Emma Yates-Badley added: “This story was the stand-out winner… I was surprised by the scale of subjects – grief, loss, mental health, healing, our relationship with technology… and glimpses of a very possible future – the author managed to cover in the form of a short story.” 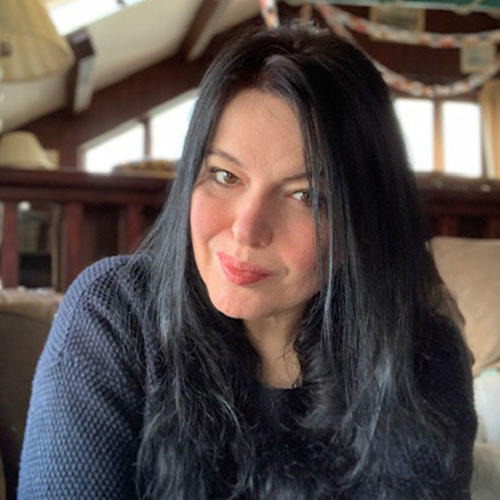 Judge Martyn Bedford said: “This story stood out for me on first and second-reading and has lingered in my mind longer than any of the others on the shortlist… it’s written with skill and assurance, establishes a convincingly imagined futuristic world and manages its storyline supremely well within the word-limit.”

The prize is in its third year of championing new writers from across the country and is confirmed to return in 2021 with the theme of ‘Home’. Submissions open for ‘Home’ on the 30 May 2020.

Winning writer JE Rowney spent several years in the Yorkshire hills, a landscape that has influenced her work. She now lives in Dorset, is an award-winning poet and also writes short stories. Charcoal, her first novel, was independently published in 2012 to wide critical acclaim. She has since published two further novels and two poetry collections. Protect and Serve is read by author JE Rowney and is available on the Comma Press YouTube channel, along with three of the other shortlisted stories.

Comma Press and UCLan set up the prize as an opportunity to showcase exciting new literary talent from across the UK, imposing no restrictions on entry such as a fee or a first-publication. They hope to further the careers of all the shortlisted authors, regardless of their experience in writing.

This year’s shortlist included a broad selection of writers, based across the country from Huddersfield to Swindon. The writers selected were at varying degrees of acknowledgement, with some having recently graduated and as yet unpublished, and others having written award-winning works.

The other shortlisted writers were: