Understanding the preparedness of new dental graduates in England and Wales

Anecdotal reports have suggested that new dental graduates are not as prepared for independent dental practice as they used to be.

Dr Mark Ray, who worked in Dental Foundation Training and the Fitness to Practice Panel for the General Dental Council for many years, had a keen interest in their preparedness. He decided to undertake a PhD at the University of Central Lancashire to explore this perception and to discover how well new graduates are prepared for general practice in England and Wales.

His research was a mixed methods study, that included the development and deployment of a new questionnaire tool – the Graduate Assessment of Preparedness for Practice (GAPP) – which was sent to over 900 new graduates in Dental Foundation Training and their educational supervisors. 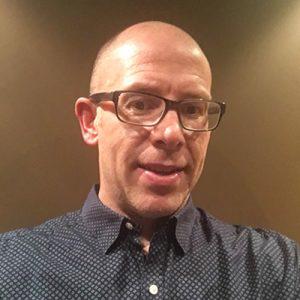 This tool aimed to establish the quantum of preparedness across the whole undergraduate curriculum, and it was the first time this had been done. In order to gain a better understanding of the underpinning factors contributing to their assertions of preparedness, focus groups were carried out with final year students, along with semi-structured interviews of senior academics in their dental schools. Thematic analysis allowed the generation of a thematic matrix to represent these data.

Mark, who undertook his PhD part-time over 6 years, says: “Despite many anecdotal reports of new graduates not being as prepared as they used to be, my research showed that on the whole they were well prepared for independent practice in their opinions, and also in the opinions of their supervisors. Certain areas were felt to be less well prepared than others, which appeared to be largely explained by a lack of exposure to these skills at undergraduate level. Those who entered the course as a graduate were more prepared on graduation, and particularly those who attended a graduate-only dental school, such as UCLan.”

The findings may allow both undergraduate and postgraduate dental educators to look at ways of rectifying these concerns, and leaving them with a useful tool (GAPP) with which to audit the impact of curricular changes on their preparedness.

Mark, reflecting on his postgraduate research, says “I am really pleased I undertook this postgraduate study; the intention was to give those involved in the development of postgraduate and undergraduate curricula a mechanism to assess and enhance the training of our future dental practitioners as their needs evolve.”