Forensic scientists have identified the remains of 88 Argentine soldiers buried in anonymous graves on the Falkland Islands after the country’s 1982 conflict with Britain, the International Committee of the Red Cross (ICRC) announced last December.

The ICRC forensic scientists, and two experts each from Argentina and Britain, began their efforts in June.

The University of Central Lancashire (UCLan) acted as one of the QC laboratories and helped develop the protocols to be used, for example, sampling, transportation, matching criteria.

Argentine and British delegations were presented with the results, and Argentine authorities would inform the families of the soldiers “directly and confidentially,” the ICRC advised.

Scientists analysed 122 sets of human remains in 121 anonymous graves in the Darwin Cemetery in the South Atlantic, an ICRC spokeswoman said. One of the graves, which were all marked ‘Argentine soldier only known to God,’ had two bodies.

The ICRC has been interviewing families of dead Argentine soldiers since 2012 and 107 have consented to DNA testing.

During Britain’s two-month war to reclaim the Falklands, which Argentines call the Malvinas, 255 British troops and about 650 Argentine soldiers died. The majority of the Argentines that perished were on a Navy ship that sank. 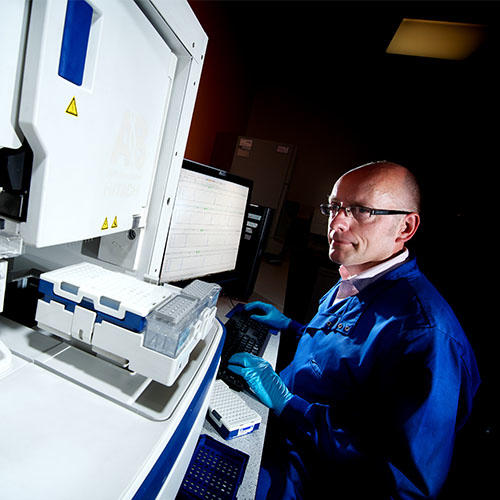 In addition to his forensic science role at UCLan, Dr Will Goodwin
acts as an expert advisor to the International Committee of the Red
Cross advising on the identification of human remains in post-conflict environments.