Bloom in Box’s Tom Reardon has long been committed to cutting his business’ carbon footprint. The only problem? From solar panel providers to energy generation, “I really didn’t know how to tell the good from the bad.”

To find out, Tom spoke to MaCaW, the University of Central Lancashire’s (UCLan) Making Carbon Work project, an industry and academic collaboration funded by the ERDF and supported by Boost, Lancashire’s business growth hub.

Bloom in Box started life as a specialist in packaging for the floristry sector. In the two decades since, the name may have stayed the same but the company’s portfolio has expanded hugely. Now a market leader in “creating products with more than one life”, Bloom in Box specialises in eco-friendly injection moulded plastics at its Burscough base.

Floristry packaging is still a core part of the business, but its products now include everything from clothes pegs to scoops and measures; security fence spikes to the wads used in clay pigeon shooting.

Tom Reardon, Mechatronics Engineer, is keen to stress the environmental credentials of the materials Bloom in Box works with.

“We work with bioplastics,” he says. “50% of our products use recycled plastic and all our products are 100% recyclable. Often, they’re biodegradable. A lot of people don't realise that plastic can be such a sustainable product if it's used in the right way. We're not too far off being entirely carbon neutral.”

"MaCaW showed us that solar could cut our carbon footprint by 38.6% and save almost £5,500 each year in bills."

The major barrier to reaching full carbon neutrality was the company’s electricity usage. “We were looking for ways to become more energy efficient and somebody suggested MaCaW to us. I had a chat to Mark Nelson from the MaCaW team who suggested that if we had a [free] carbon assessment we’d understand what our true position was and we wouldn’t be obliged to do anything afterwards if we didn’t want to.”

Carried out in January 2021, in the midst of Covid restrictions, MaCaW worked with Tom remotely to put together the carbon report. Tom sent billing data, photographs and background information to the MaCaW team and they spoke over Microsoft Teams.

“We were quite surprised by our carbon footprint,” Tom explains. “It was lower than we were expecting. The report showed we were generating about 33 tCO2e in total, about 3 tonnes of which came from our van. Most of the rest was electricity. I've wanted solar for a long time. The carbon report showed us that solar could save us 12.75 tCO2e/annum - a 38.6% reduction - and save us almost £5,500 per year. That was at 2021 prices.”

With the help of a matched grant (“we knew we might not be successful in applying for the grant, but MaCaW helped us there too”), Tom was able to invest in a 41 kWp solar photovoltaic system. To maximise the system, Tom invested primarily in south-facing panels, although some are “north-ish facing”. “We use about 95% of everything we generate,” he says. “Even the north facing panels have been pretty efficient.”

“The supplier was great. We’d already been researching suppliers when MaCaW gave us their list of approved suppliers and it was good to see that the supplier I was most interested in working with was on the list.

“The installation was completed in just a couple of weeks in December 2021. I can see what we're generating on a phone app. Last month (March) was great, but even in January and February we generated more than I thought we might. I'm actually looking forward to the next bill coming - not many people would say that!” 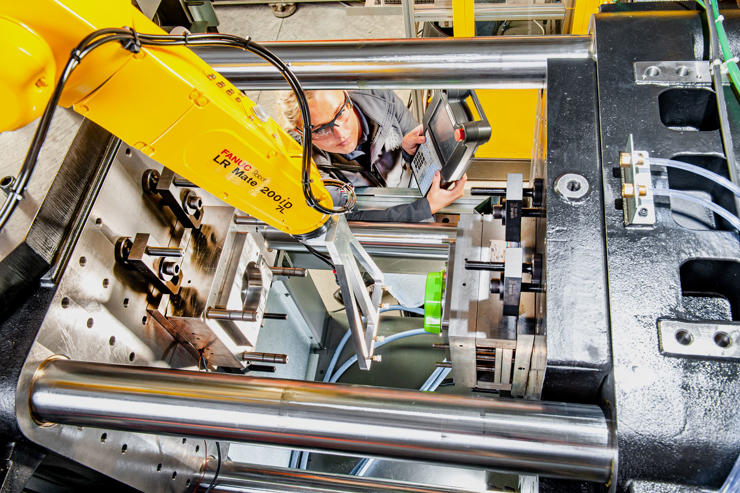 Ahead of the game

“I enjoy being sustainable,” says Tom. “Within the next few years, I’m sure most of our major clients will expect their suppliers to be local and working sustainably, but they’re not there yet. The driving force for us is that we want to work sustainably. We want to be carbon neutral. Within the next twelve months I think we’ll be almost there.

“I didn't have much knowledge in solar. My background is in electronics but energy is different. I really didn’t know how to tell the good from the bad. MaCaW gave us the support that brought real understanding. They helped us work with the right people. They ensured we weren’t ripped off. And they gave us a real understanding of what we were going to save.

“So whether your goal is carbon neutrality or to save money on energy costs, I’d definitely recommend MaCaW. In fact I already have!”

To explore how MaCaW could help make your business more efficient while supporting your carbon reduction activities, contact us.

MaCaW is a University of Central Lancashire (UCLan) project, an industry and academic collaboration funded by the ERDF alongside UCLan, and supported by Boost; Lancashire’s business growth hub.