Asif Iqbal MBE studied BA (Hons) Deaf Studies and Education at the University of Central Lancashire (UCLan), where his career went from strength to strength, gaining royal recognition before he had even graduated.

During his time at University, Asif was proactive and was involved in numerous student activities. He taught the Mayor and Mayoress of Preston sign language as part of a promotional campaign to urge Preston town hall staff to use British Sign Language (BSL). Asif was also a Disabilities Officer at UCLan Students’ Union, where he put forward recommendations for improving the experience of union members with disabilities. Asif’s activities led to a special invitation from The Queen herself.

He said: “I was shocked to receive an invitation from Her Majesty The Queen and The Duke of Edinburgh inviting me to join a reception at Buckingham Palace on 1 June 1998, to celebrate the recognition for being a young achiever.”

After graduating, Asif worked at the Sales and Information Office at Buckingham Palace, where he became the first deaf person to work at Buckingham Palace. Looking back at this experience, Asif said: “I was surprised when HRH The Prince of Wales came to my office and spoke to me via a BSL interpreter and said he was impressed with my work.” 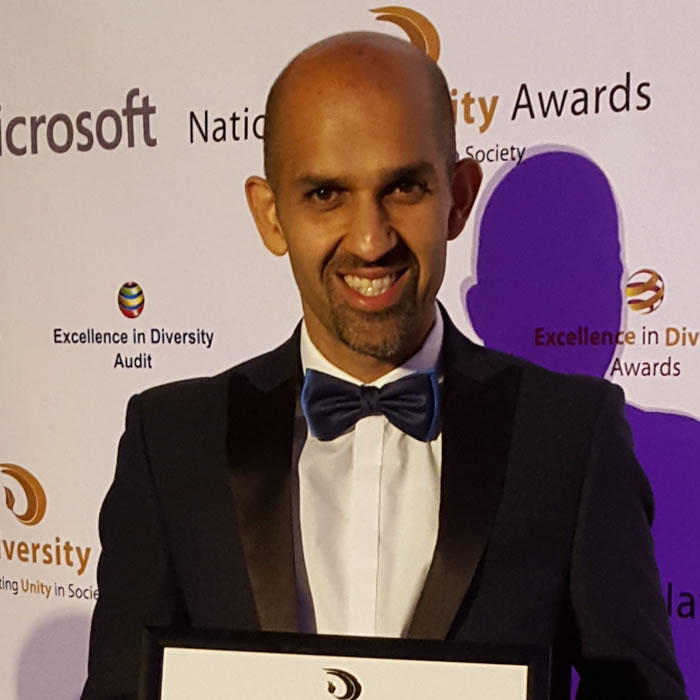 After a stint at Buckingham Palace, Asif became a Deaf Development Officer in Kent where he worked with agencies, service users, community councils and voluntary sector. A few years later, Asif became a Project Manager for Parentline Plus where he represented 25 million parents and worked with the most excluded families.

In 2010, Asif secured a role as a Public Appointments Ambassador for the Cabinet Office and Government Equalities Office, where his aim was to widen participation from the number of people from diverse and underrepresented backgrounds in applying for public appointments.

In 2011, Asif received an MBE from Her Majesty The Queen in recognition of his public services. A few years later, Disability News named Asif as one of the top 10 most influential disabled people on the list for public services. In recent years, Asif has appeared in the Shaw Trust Disability Power 100 list 2021 and 2018. He has also featured on national television in the Marks and Spencer Christmas food advert and in Coronation Street and Eastenders.

Currently, Asif is a Media and Project Manager for Deaf Parenting UK, a unique organisation that focuses on the needs of deaf parents. He networks with high profile clients and is actively responsible for organising annual national conferences, dealing with press/media enquiries and more.

Reflecting on his time at University, Asif said: “I would encourage anyone to apply for UCLan as it is an excellent University with great communication support and full access to lectures and the Students’ Union. There is a great student life too!”