University of Central Lancashire graduate, Sarah Nickless, has achieved success following the completion of her Sports Coaching degree and has joined AoC Sport as their National Women’s Football Development Officer.

Whilst Sarah was at college, she chose to study the BA (Hons) Sports Coaching as she enjoyed coaching a local grassroots football team. Sarah also attended the UCLan applicant days and felt comfortable and valued when she spoke to course tutors. She said: “Surrounding myself with the right people was a key part of my decision to study at the University of Central Lancashire.”

Within weeks of completing her degree in 2015, Sarah accepted a role at Somerset Football Association before later joining The FA as Project Officer for Youth Leadership, Engagement & Volunteering. Since graduating, Sarah has followed her passion to create opportunities for young people to develop themselves through football and is now doing that on a national scale within the further education sector.

At present, Sarah works as the National Women’s Football Development Officer at AoC Sport. Her role involves leading a national apprenticeship programme as well as deploying football development officers in colleges around the country to increase female playing and non-playing opportunities. In addition to this, she oversees the evolution of the female play pathway leading to elite football within the college environment. 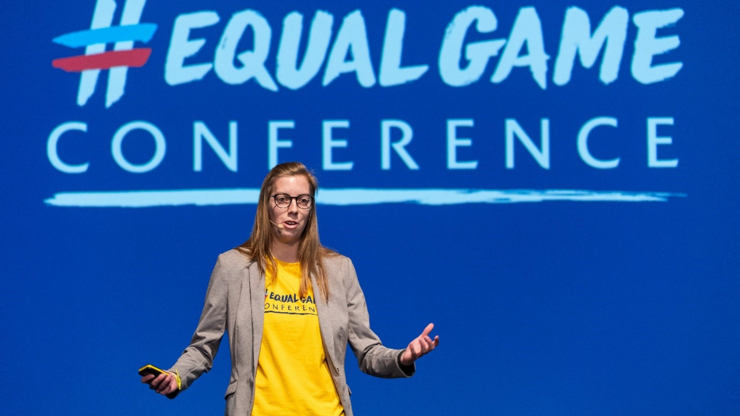 In her former role, Sarah was the chairperson of the FA Youth Council where she represented all children and young people within the Football Association’s (FA) governance structure on FA Council. Sarah led the team towards the of the vision to ‘inspire, empower and provide a voice for all children and young people to influence change and develop a lasting legacy in football’ and became the youngest ever member of the FA Council at 23. She was also first to represent the FA Youth Council following the governance reform at The FA, which she cites as her greatest achievement to date.

This role led to a permanent role being created for Sarah at The FA which she took up to project manage all programmes linked to youth leadership and volunteering, whilst supporting the network of organisations ensuring young people are heard across the game.

During her time at UCLan, Sarah took advantage of the opportunity to gain beneficial work experience. She undertook numerous voluntary roles including coaching and setting up the Lancashire FA Youth Council, to ensure young people had a voice within the county on matters which impacted them. Sarah also got involved in many of the FA’s national programmes including The FA Coach Scholarship Programme and the launch of Team Sixteen. She was also selected to represent the FA in Rwanda on The FA’s Changing Lives Programme where she delivered a coach development scheme. Other roles included being a part of the British Universities and Colleges Sport (BUCS) Student Management Group, the BUCS Futsal and Football Committee.

Whilst Sarah was studying at UCLan, the University became a Grassroots Hub when it teamed up with the Lancashire County Football Association. As part of this, Sarah was appointed as the University Football Activator, a paid role to sustain and increase the number of students playing football, refereeing and supporting the game through the Community Hub Club.

Speaking of her lasting memories of UCLan, Sarah is particularly proud that two of her University assessed papers were published in the Journal of Qualitative Research in Sports Studies, with a further one written post study about her time in education. Sarah said: “My lasting memories are the relationships I created with my tutors, who not only helped me with my degree programme but challenged my thinking and supported my development as a person. I fell in love with learning, the endless pit of challenged assumptions, newfound knowledge and understanding.”