Having been influenced by Hollywood movies and tv shows growing up, Sandro Monetti always knew that he wanted to be a show business reporter. Sandro chose the University of Central Lancashire Journalism course because of its reputation and the fact it was recognised as the best way of getting into the industry. 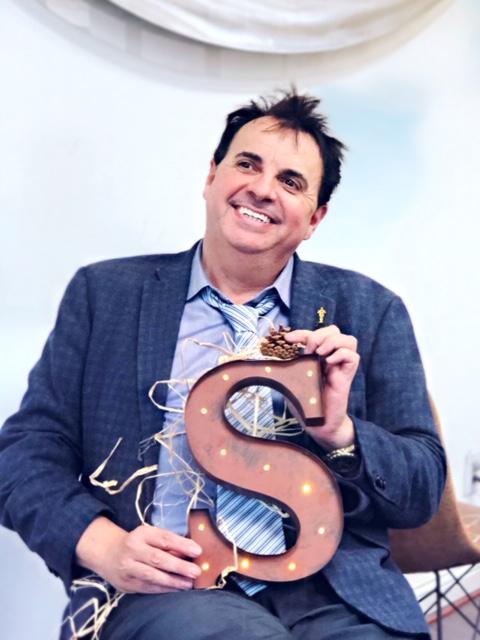 After graduation, Sandro got a reporting job at his local newspaper, the Blackpool Evening Gazette, and worked his way up the journalism ladder from there. He was a columnist for Smash Hits magazine and soon after became an entertainment correspondent at the Daily Star newspaper and a TV correspondent for the News of the World.

Sandro then pursued his dream of living in the land of show business and moved to Los Angeles. He started off working with Sky TV for four years and later as a correspondent for Express Newspapers, also contributing to BBC Radio and various TV shows. Sandro wrote a couple of well-regarded books about his favourite movie stars, Mickey Rourke and Colin Firth, then wrote a hit play called Marilyn and Sinatra, before returning to journalism as Managing Editor of the Los Angeles Business Journal and Editor in Chief of Hollywood international Filmmaker Magazine.

Since 2015, Sandro has been a regular on CNN International as a show business expert and appeared on a string of TV shows. He has now switched to making entertainment content in the role of President of Acquisition and Development at Big Screen Entertainment Group where he represents the company, builds partnerships and programmes a streaming channel. Alongside this, Sandro has been on the board of directors of BAFTA Los Angeles for the last several years and has been busy writing his autobiographical book, Confessions of a Hollywood Insider, which is due to be released worldwide in October 2020.

Amongst his achievements, Sandro has received humanitarian awards from the White House, United Nations and Buckingham Palace for his volunteer and charity work, including the President of the United States’ Volunteer Service Gold Award.

Looking back on his time at our University, Sandro reminisced:

"There were lots of laughs amid all the hard work and hours of learning shorthand. I had happy times, good tuition, pleasant atmosphere, golden memories. UCLan was the dream factory and I trace it all back to where my career began. It’s not just where you finish, it’s also where you start.”"