Judge Jonathan Rose talks to our law students about life as a judge and sentencing and shares some of his top advocacy tips!

“I entered what was Preston Polytechnic in 1977 after a less-than-stellar academic record at school. Ahead of me – a new opportunity. The study of law took some getting used to, but with excellent guidance from tutors and a determination to work hard, succeed and then go on to a career at the Bar, I earned my degree. Quite apart from learning ‘the law’, my lessons at Preston were how to work independently and conscientiously, time-management and commitment and that one should never fail to ask for support and assistance when needed. All of these lessons have served me well in my studies and in my careers.

After postgraduate study I joined Bradford Chambers where I practised from 1983 to 1994, appearing in criminal, civil and family cases. In 1994 I moved to St Paul’s Chambers in Leeds where I specialised in criminal and family law, with an emphasis on sexual crimes and cases involving children. I was appointed an Assistant Recorder in 1999 and a Chairman of Mental Health Review Tribunals in 2002.

In 2008 I was appointed to the Circuit Bench and have been based at Bradford Crown Court since. I sit now only in criminal cases and I am also the Schools, Colleges and Universities Judge, which enables me to engage with school students and to lecture from time to time at schools and universities. In 2015 I founded ‘SPRUCE – Student Pre-University Court Exposure – an annual three-day introduction to law for sixth formers aspiring to careers in the law.

I have always retained some link with Preston Polytechnic and then with UCLan – with tutors to whom I could turn for advice on tricky issues of law and with the students themselves. In 2015 I lectured for the first time at the University – and had the chance to see the incredible transformations since my student days. I have been delighted to return to lecture and speak with students wherever possible and, for the student who nervously entered ‘the Poly’ in 1977, was profoundly grateful and humbled to be appointed an Honorary Fellow in 2016. I plan to continue my active engagement with UCLan for many years to come, for I have great pride in and gratitude towards the institution which was the foundation for my career.” 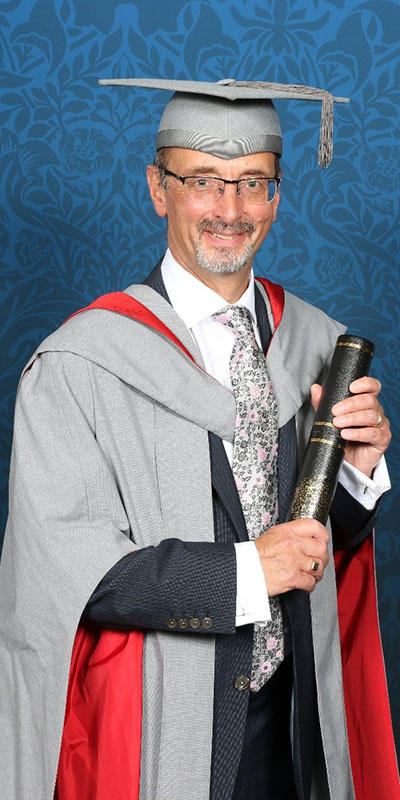