Gary Flintoff saw the University of Central Lancashire’s Broadcast Journalism course as the ideal way to get into radio and television as it came highly recommended within the industry. 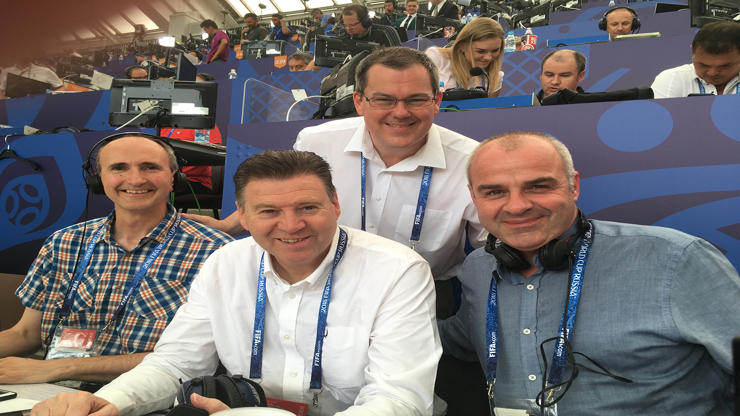 After graduation, Gary freelanced as a news and sport broadcast journalist at local radio stations Radio Wave and Red Rose Radio, which became a full-time role for three years. He also freelanced at other radio stations including; ITN Radio in London, Piccadilly Radio in Manchester, Radio City in Liverpool, BBC Radio Lancashire and BBC Radio Sheffield.

Currently, Gary works for BBC Radio Sport where they broadcast most coverage on BBC Radio 5 Live and BBC Radio 5 Live Sports Extra, with some output on BBC Radio 4, BBC Radio 1 and BBC Radio 2. He is BBC Radio’s England Football Producer for both the men’s and women’s teams and regularly produces at Premier League, Champions League, FA Cup and EFL Cup matches for BBC Radio 5 Live and BBC Final Score. This involves managing all on site logistics as well as carrying out live post-match interviews with managers and players. Gary also regularly reports on football matches for the BBC and produces several 5 Live sport shows including The Monday Night Club with Mark Chapman and Ian Wright.

Looking back fondly on his UCLan experience, Gary said:

"The course at UCLan was the start of my career as it helped me to enter the industry. I made some lifelong friends during my time on the course. We had great guidance from our course leader who was a top guy. The course was full-on, but it was a great learning experience with access to some quality people from the industry who came into speak to us."