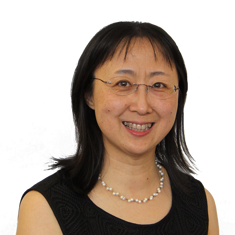 Sunny teaches across all levels (levels 4-7) with a focus on Chinese Studies modules about Chinese history, culture, economy, politics and society. In recognition of her contributions to teaching, Sunny is a National Teaching Fellow of the Higher Education Academy. With particular expertise in China's cultural diplomacy and its historical encounters with the West, Sunny's scholarship has led to collaborative projects with museums and community organisations. Sunny also supervises PhD projects on cultural studies and international relations subjects.

Sunny has published widely in top-rated journals including the Journal of Contemporary China and Asian Studies Review. Her monograph project, China’s Cultural Diplomacy – A Great Leap Outward? (Routledge, 2020) received excellent reviews. She chairs the China Research Centre under the Institute for the Study of the Asia Pacific (ISAP).

Sunny got two degrees from China Foreign Affairs University in Beijing, then obtained her MBA at the University of Central Lancashire in 2002, and received her PhD award in 2017. She was an Associate Professor in Translation from the Chinese Language & Culture Institute for Diplomatic Missions in Beijing before she joined UCLan in 2008. She had nine translated book published, and acted as the Principal Translator/Interpreter for a number of international organizations in Beijing, including the World Bank, UNDP, UNICEF, EU Delegation, EU-China Policy Dialogue, the British Council, the US Embassy, Canadian Embassy, Australian Embassy, German Embassy, Irish Embassy, etc. Interpreted for a number of high-profile delegations up to Deputy Prime Minister level. She has been appointed as a Senior Lecturer and course leader of BA (hons) Business Management and Chinese at UCLan since 2008.

Sunny has published extensively about her research, including: Monograph: China’s Cultural Diplomacy – A Great Leap Outward? Routledge, 2019. Upcoming Monograph: Anglo-Chinese Encounters Before the Opium War, A Tale of Two Empires Over Two Centuries. For Sunny's full publications list view her CloK profile below.

Sunny's current research project is a new monograph to be published by Routledge in 2022, Anglo-Chinese Encounters Before the Opium War, A Tale of Two Empires Over Two Centuries. She is also working on a film project that goes hand-in-hand with the book as the echoing between lines and lens offers a mutually enhancing way to tell this fascinating story: the book will carefully analyse archival sources, historical records and accounts, while the film will draw on rich deposit of the historical artefacts kept in museums of both countries. It constitutes an innovative idea to engage with more diverse audiences and achieve broader and deeper impact over a longer period of time.