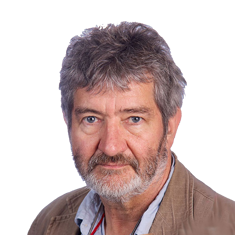 Professor Emeritus of Childhood and Youth , Associate Director, The Centre for Children and Young People's Participation
School of Social Work, Care and Community

Patrick’s research embraces child welfare, children’s rights and theories of childhood, with a particular focus on children and young people’s participation. He has researched with children in care, young carers, school pupils and members of youth councils, using a range of innovative participatory methods. He is an Associate Director and co-founder of The Centre for Children and Young People’s Participation. For seven years he co-edited the journal Children & Society, whose editorial board he now chairs. He is internationally known for his work on children and young people’s participation, and featured in the book Key Thinkers in Childhood Studies.

Patrick came to UCLan in 2007 as Professor of Childhood and Youth Research, and established The Centre for Children and Young People’s Participation (together with Professor Andy Bilson) in 2008. He also held the position of Research Lead in the School of Social Work, Care and Community, and led the submission to REF2014. On retiring from full-time employment in 2017, he was appointed as Professor Emeritus of Childhood and Youth. In this role he continues to take an active part in the work of The Centre, including research projects, publications and research student supervision.

Following a first degree in Politics and Philosophy, Patrick qualified as a social worker and worked in a variety of roles as practitioner, manager and specialist advisor for more than twenty years, in Derbyshire and Oxfordshire. In 1992 he joined the University of Wales Swansea where he taught on, and later directed, the professional social work programme as well as establishing a Masters programme in Child Welfare and Applied Childhood Studies and an all-Wales post-qualifying programme in Child Care Practice. During this time he also completed his PhD on ‘Children’s Participation in Decisions When They are Looked After by the State’, which led to a number of publications and generated considerable interest. (A training and resource pack based on that research was adopted officially by governments in Wales and Scotland.) Patrick later helped to establish the Department of Childhood Studies at Swansea, before moving to UCLan in 2007. The Centre for Children and Young People’s Participation (‘The Centre’) was established in collaboration with two groups of young people, and was the first academic research centre to be dedicated to children and young people’s participation. For 12 years now it has been a significant presence in the field internationally, as well as making a strong contribution to local capacity through its work with children and professionals. In 2012 under Patrick’s leadership, The Centre hosted the second international conference of ICYRNet (the International Childhood and Youth Research Network). This global event, which formed part of UCLan’s contribution to Preston’s Guild Year, was groundbreaking in that a children’s conference was held in parallel and delegates to both conferences were able to attend each other’s sessions and presentations. Patrick has been a leading contributor to ICYRNet, and also to Research Network 04 (Sociology of Children and Childhood) of the European Sociological Association. He was a Convenor of the Network from 2013 to 2017.

Patrick’s research has consistently focused on children and young people’s participation, children’s rights and wellbeing, and children’s place in society. It asks questions about how children and young people can participate effectively, and why they should – in decisions about their personal lives (especially for children who face particular challenges because of their circumstances), more generally in their communities, and in politics at every level. He has always been committed to children and young people having voice, choice and influence in the research process to the maximum extent possible, and this is reflected in the methods he has used and developed. Following his doctoral inquiry into children’s participation in decision making when they are ‘looked after’, itself a substantial piece of funded research which produced six publications and is still influential, he led a study of the needs of ‘young carers’ in Wales, and then the evaluation of the work of the first Children’s Commissioner for Wales, which was groundbreaking in that it looked systematically for the first time at the effectiveness of an independent children’s rights institution, and did so in partnership with children and young people. He also led a smaller project which supported children in primary school to conduct their own research projects with expert support, modelled on the work of the Children’s Research Centre at the Open University.

At UCLan, research at The Centre began with an action research project on involving children and young people in staff appraisal and student assessment, designed and conducted in partnership with young people in care. This was followed by a study of Children in Care Councils across London (for London Councils), an exploration of disabled children and young people’s experiences of low income and the impact on their rights, which was conducted in partnership with a group of disabled young people, and research into the impact and outcomes of independent advocacy services for children and young people (both for the Children’s Commissioner for England). More recently Patrick has been a partner on several large projects, including three led by the Centre for Children and Young People at Southern Cross University looking successively at recognition, participation and wellbeing in schools and at ethical practice in children’s services, and a cross-European study of spaces and styles of youth participation, led by the Goethe University of Frankfurt. Patrick was on the steering group for this project, and contributed in particular to the action research element.

Of Patrick’s many publications, four in particular have been highly influential and extensively cited: two articles, ‘The ethics of participatory research with children’ with Claire O’Kane (Children & Society 1998) and ‘Towards a theory of children’s participation’ (International Journal of Children’s Rights 2007); and two books, Children, Family and the State: Decision-making and Child Participation (Policy Press 2002) and A Handbook of Children and Young People’s Participation: perspectives from theory and practice with Barry Percy-Smith (Routledge 2010).