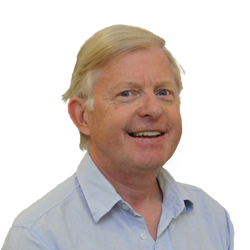 Nick's current research role is part-time (0.4fte). Using his wide knowledge of British labour history and decades of museum experience – both in collections and in curating dozens of exhibitions – he is now writing a book on nineteenth-century labour visual culture. He is an experienced postgraduate supervisor with 6 PhDs and 4 MAs successfully completed and has examined 6 PhDs and welcomes further approaches. He currently hopes to establish a PhD studying the British Imperial War Graves workforce in France and Belgium between the wars. Nick teaches on the History MRes course and supervises postgraduates at other universities. Between August 2014 and December 2019, Nick was Co-Investigator of Everyday Lives in War, an AHRC funded University of Hertfordshire First World War Engagement Centre. The outreach work which he and his AHRC funded PhD student did during the First World War centenary was used as an exemplar. He founded and is still a mentor to the First World War Postgraduate and Early Career Researchers group, which has been awarded AHRC funding.

Externally Nick is a curatorial advisor to the Museum of Primitive Methodism, Englesea Brook, Cheshire, the Rochdale Pioneers Museum and member Advisory Board National Co-operative Archive and Honorary Research Fellow, at the People's History Museum, Manchester. He is a Mentor for the Museums Association Associate Scheme, which trains museum curators. He is a Visiting Professor at MMU and chair of their Friends of the Manchester Centre for Public History and Heritage and chair of the Kirkham Heritage Action Zone.

After 30 odd years in museums, Nick stepped down as Director of the People's History Museum, Manchester in 2010 and joined UCLan as a part time Senior Research Fellow and was made a Professor in 2019. Since 1979 Nick has authored over 50 book chapters and journal articles on artisans, common soldiers, servants, farmworkers, ex-servicemen, working class political allegiances, heritage, historic banners, folk art and buildings. Author of four monographs; English Farmworkers and local patriotism, 1900-1930 (Ashgate Press, 2001, reprinted Routledge, 2017), Buildings of the labour movement (English Heritage, 2013), and Soldiers as Workers – Class, employment, conflict and the nineteenth-century British military (Liverpool University Press, 2016), and Soldiers as Citizens Popular Politics and the Nineteenth-century military, (Liverpool University Press, 2019). He was co-editor of a special number on buildings of European labour movements, International Journal of Heritage Studies, 2013, and editor of the ‘Great War and the North West ‘ edition Manchester Region History Review, 2014 and (with Craig Horner) The Great War – Local and Regional Identities, (Cambridge Scholars Press, 2014). Nick has given over one hundred academic conference papers since the late 1970s, in Canada, Finland, Italy, Portugal, Spain, Sweden and the USA, as well as in the UK. In addition, he has given very many talks to community groups and learned societies. His most recent have been: ‘Radical Ex-service organisations in the Great War and its Aftermath’, Global Link, ‘Dissenting Voices’ project, Lancaster, 23 January 2018 ‘Patriotism and Socialism: radical ex-servicemen, 1917-1923’, Political Radicalism and Dissent in the early 20th Century, Lancaster University conference, 17 November 2018 Speaker in Round Table Suffrage for Men after the War on Centenary of Representation of the People Act, at Houses of Parliament, organised by History of Parliament Trust, 21 November 2018 The Aftermath and Memorialisation of the First World War in Shropshire Victoria County History Shropshire lecture, 26 October 2019 The Story of the Secret Plumbers’ Marks on St Wilfrid’s Tower, Northenden, Manchester, UCLan Humanities Festival, 20 November 2019. Nick have wide media experience with many TV and radio appearances. Since 2010, he contributed to the BBC TV programmes Wartime Farm (2012), Canals- the Making of a Nation (2015), Who Do you Think You Are? (2018) and Civilisations (2018). He has been a speaker at high profile events such as the Burford Levellers Day (2013), Hay Festival (2014), the national Centenary of the Battle of the Somme at Heaton Park, Manchester (2016) and a History of Parliament Round Table at Westminster, on the Representation of the People Act (2018). His contribution to the First World War centenary was quoted by Tristram Hunt in a front-page article in The Observer, in 2014.