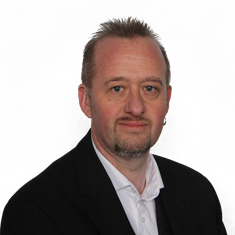 Director of Research and Enterprise, Faculty of Science and Technology, Deputy Director, UCLan Research Centre for Brain and Behaviour
School of Psychology and Computer Science

Linden is a member of the Faculty Executive Team for Science and Technology. In his Faculty role he works extensively to support the development and maintenance of a high-performing research and enterprise culture. Linden is also a Professor of Cognitive Psychology and collaborates with colleagues in the School of Psychology and Computer Science on research relating to thinking, reasoning, problem solving, decision making, creativity and attention. He also supervises several research students who are conducting research in these areas.

Linden’s Faculty and University work primarily involves supporting staff in their research and enterprise activities through mentoring, advising and advocacy. He also helps to advance new University and Faculty research and enterprise initiatives such as those relating to infrastructure enhancements, staff training and development and policy implementation. Linden is a member of various committees at Faculty and University level, including the University Research & Innovation Committee, the University REF Steering Group, the Pro Vice Chancellor’s Research Strategy Group, the University’s Institute & Centres Monitoring Panel and the University’s Global Research Oversight Panel. Linden also enjoys being a member of the University’s Professorial & Readership Committee, which overseas annual career progressions to these levels. In addition, Linden is Deputy Director of the UCLan Research Centre for Brain and Behaviour, which is a cross-Faculty initiative that is spearheading cutting-edge, collaborative research across four main themes: Dementia and Neurodegeneration; Psychiatric Illnesses; Cognitive Neuroscience; and Neuroscience Drug Design.

Linden completed his PhD at Polytechnic South West, Plymouth, in 1990, having been supervised by Professor Jonathan St. B. T Evans, who was instrumental in building up an internationally recognised centre of excellence for research on thinking and reasoning from the 1970s onward. Linden’s PhD was on the topic of “Cognitive Processes in Engineering Design” and he has continued to conduct research on the theme of design cognition ever since, alongside parallel interests in thinking, reasoning, problem solving, decision making, creativity and attention. Nowadays the distinctions between these various lines of research have become blurred and conceptual ideas increasingly cut across these different domains of research. After his PhD Linden took up postdoctoral positions at Polytechnic South West, Plymouth (1990-1991) and Loughborough University (1991-1993) before moving to a Senior Lectureship at the University of Derby, where he progressed to be Head of Division and Reader in Cognitive Psychology. Linden moved to Lancaster University in 2000 to a Senior Lecturer position and to take on the role of Course Director for the newly established MRes in Design & Evaluation of Advanced Interactive Systems. He progressed to be Head of Department and Reader in the Psychology of Thinking & Reasoning and also became Course Director for a new MSc in the Psychology of Advertising. He joined UCLan as Dean of Psychology in 2000 and took on the additional role of Director of Research for the Faculty of Science & Technology in 2018. In 2020 Linden became Faculty Director of Research & Enterprise on a full-time basis whilst retaining a substantive research role in the School of Psychology and Computer Science as Professor of Cognitive Psychology. Linden has held several external roles on committees and panels. For example, he is a past Chair of the Cognitive Psychology Section of the British Psychological Society (2011-2014), having previously been the Section’s Honorary Secretary for three years. Linden has also been on the organising committee for national and international conferences and was, for example: Co-Chair for “Co-Designing 2000: International Conference of the Design Research Society”, Coventry University, September 2000; Co-Chair for the ”Twenty-Third Annual Cognitive Section Conference of the British Psychological Society”, Lancaster University, September 2006; Full-Papers Chair for “Human Computer Interaction 2007 (HCI 2007): Twenty-First British HCI Group Annual Conference”, Lancaster University, September 2007; and Co-Chair for the “Eleventh Design Thinking Research Symposium, (DTRS-11)”, Copenhagen Business School, Copenhagen, Denmark, November 2016. Linden has supervised over 30 PhD students and has examined a similar number.

Linden’s current research focuses primarily on the topics of “metacognition” and “metareasoning”, with a particular emphasis on the role played by feelings of uncertainty as a trigger for strategic shifts from more automatic and intuitive processing to more analytic and reflective processing. He is interested in these metacognitive shifts in processing in domains such as reasoning, problem solving, creative thinking and design cognition as well as in real-world decision-making environments that are characterised by volatility, uncertainty, complexity and ambiguity. During his research career Linden has published extensively in peer-reviewed journals and edited book collections as well as in the proceedings of established conferences. He has also published several co-edited books such as the “The Routledge International Handbook of Thinking and Reasoning” (2017). In addition, Linden had co-edited several journal special issues, for example, a special issue of “Design Studies” on “Designing in the Wild” (2017), a special issue of “Thinking & Reasoning” on “Creativity and Insight Problem Solving” (2015) and a research topic in “Frontiers” on “Cognitive Processes in Individual and Collective Creativity A Cross-Cultural Perspective” (2019). Linden is the Editor-in-Chief of “Journal of Cognitive Psychology” (since 2017), having previously been an Associate Editor (2010-2017). He is also an Associate Editor of “Thinking & Reasoning” (since 2011) and he is additionally the Editor (since 2011) for the “Current Issues in Thinking & Reasoning” book series that is published by Routledge. Linden is also a member of several journal Editorial Boards, including “CoDesign” (since 2003), “Design Studies” (since 2013), “She Ji – The Journal of Design, Economics & Innovation” (since 2014) and “Journal of Cognition” (since 2017).