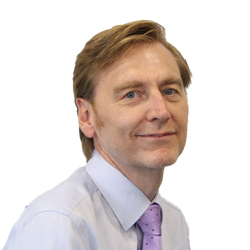 Karl has seen his career evolve from heavy industry into environmental solutions for waste and resource management. He has extensive experience of a range of technologies associated with resource recovery. As a Chartered Waste Manager, he has detailed knowledge of the technical, legislative and financial implications of converting waste into valuable commodities. A Charted Engineer for over 25 years he has developed bespoke technical solutions for a range of materials. He has lead research projects in the following areas: life cycle thinking; environmental, economic and cultural barriers to waste management, waste strategies and social attitudes to resource management.

Karl has been a proactive and strategic leader of the Centre for Waste Management since 2008, positioning the Centre within the wider context of the School/Faculty. His understanding of the requirements of industry, having worked both in an industrial and academic capacity, has challenged industry’s perceptions of universities as being unresponsive and detached from the real world needs of industry. He currently leads several innovation activities and commercial research projects, and have continued to build relationships with significant partners over the years with both the private and public sector. You can view these projects through the following link. Karl teaches across a range of environmental subjects and is the course leader for the MSc Resource Energy and Environmental Management. His industrial links has allowed him to engage with businesses in the development of innovative short courses. This has improved the quality and ensured the success of modules specific for industry.

Karl has been an invited speaker to a number of conferences and seminars both within the UK and abroad on business partnerships and collaborations. These have added to the university’s reputation and has promoted industrial partnership with whom he has been involved. Karl has demonstrated the advantages for businesses to engage with the university and to realise the benefit of support university. This is especially true for businesses to meet their environmental claims and their commitment to continue improvement. Karl has appeared on several radio programmes including BBC Radio 4 Shared Planet with Monty Don with an audience of several million around the globe. He has been asked to give his view and opinion on various waste and resource issues for a number of radio stations including local stations, BBC Radio Lancashire as well as BBC Radio 4 World at One and You and Yours: all of which cover a large national audience. Karl was a guest presenter for BBC Radio 4 Costing the Earth with Tom Heap. Karl went with Tom from his house to various recycling facilities to show what really happens to our waste. I have also appeared on Sky News and Northwest Tonight with again a significant audience. Karl has taken part in two TV panel debates for TRTworld Aired Sky TV (Channel 516) these were “REFILL AND REUSE: Can it work?” and “WORLD WASTE CRISIS: Is there any point in recycling?”. Karl leads two regional projects which engage with the small to medium size enterprises (SME) community to improve carbon efficiency within their organisations and products. These projects support the UK’s carbon reduction commitment and the UK’s Industrial Strategy