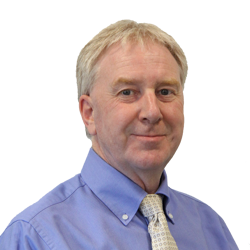 Prof Sherrington’s research focuses on the ground breaking topic of “tribotronics”, the development of autonomous, self-adjusting components for mechanical equipment. He is currently Research Lead and REF co-ordinator for the School of Engineering and serves as Executive Director for the International Tribology Council (ITC).

Prof Sherrington’s is an acknowledged leader in the measurement/prediction of friction, wear and lubricating film thickness in machine components. His current research focuses on the development of active machine elements, a subject called “tribotronics”.

Prof Sherrington has been PI/Co-I for over 80 projects and authored/co-authored around 200 publications/patents. He has led and supported organising committees for a number of international events, served to assess grants/projects in the UK and overseas, acted an examiner for doctorate candidates and is an experienced Editor/Board Member for international journals and conference proceedings. Prof Sherrington was selected, along with nine other tribologists from across the world, to be presented to HRH Duke of Edinburgh at Buckingham Palace as part of the 50th Anniversary of Tribology in 2016. He also became the world’s first Professor of Tribotronics at KTH, Stockholm in 2018 and was a winner of the prestigious Donald Julius Groen Prize.

Traditionally, mechanical elements such as bearings, seals & gears, are passive. Tribotronics is a novel concept where sensors and actuators are employed in components or systems to dynamically modify the performance of machine elements whilst they are in operation. The use of tribotronics turns a component into an intelligent device that monitors and controls itself to enhance its own health/life and performance. Such devices also have the potential to feedback information about their operating duty, performance and state of wear by various means. This leads to opportunities to control and manage these components and systems via the “internet of things”. This can be for either maintenance purposes, for machine learning reasons (to enhance the performance of other devices in a connected system) or for other aspects of performance enhancement.