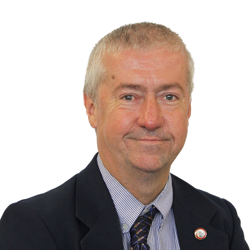 Derek teaches across a rage of subjects in Physics and Astrophysics. His particular expertise lies in the fields of star and planet formation, as well as interstellar magnetic fields, from the most diffuse regions of space to the dense environments around the event horizons of black holes. He is part of the 'Event Horizon Telescope Consortium', which published the first ever image of a black hole in April 2019.

Derek's research interests lie in the fields of the formation of stars and planets, as well as in the environments surrounding black holes. He teaches on 3rd-year modules in 'Star Formation', 'Research Methods' and 'Atomic Physics'.He supervises undergraduate project students, as well as post-graduate MSc and PhD students. His text-book 'An Introduction to Star Formation' (Cambridge University Press 2011) won an ‘Outstanding Academic Title of 2012’ by the American Library Association magazine ‘Choice’ (January 2013), and has also been translated into Japanese.

Derek obtained his first degree from Oxford University in 1983 and his PhD from Durham University in 1987. He worked at Lancashire Polytechnic for three years and carried out postdoctoral research at Cambridge University for three years. He was a senior research fellow at the Royal Observatory, Edinburgh, for five years, before being appointed to a lectureship in Cardiff University in 1998. Derek was awarded a personal chair by Cardiff University in 2007, and promoted to Deputy Head of School in 2010. He returned to UCLan and was made Director of the Jeremiah Horrocks Institute in July 2012. He became Head of School in 2018. He also leads a research group in Observational Star Formation, which has both post-doctoral and post-graduate members, partly funded through a consolidated grant from STFC.