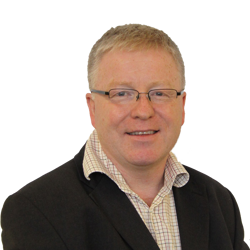 Peter teaches a range of subjects from varied areas of Philosophy, though always works broadly within the analytic tradition. He has published widely in bioethics, and has also produced work on both the theoretical and the moral philosophy of Immanuel Kant. He is co-editor of a number of books in Rodopi's Values in Bioethics series.

Peter came to higher education comparatively late, starting his first degree at Bolton Institute of Higher Education (now Bolton University) at the age of 26, and following successful completion of an access course to make up for his lack of A-Levels. Having gained a First, he went on to take up a place on the B.Phil. in Philosophy at the University of Oxford, supported by a British Academy grant. The B.Phil. is a famously wide-ranging and tough two-year postgraduate degree, often regarded as the gold standard for those pursuing a career in analytic philosophy. Following his graduation from Oxford, and some part-time teaching at Cambridge, Peter worked for a number of years in the voluntary sector. He returned to academia in 2002, taking up a research assistantship at the University of Central Lancashire, before gaining a lectureship here in 2004. At the same time, he started a PhD with us on the theory of action underlying Kant's moral philosophy, which he was successfully awarded in 2008. During his time with us, Peter has produced widely cited work on the ethics of new and prospective reproductive technologies, along with papers on the theoretical foundations of bioethics, sex selection, genetic enhancement, and a number of other topics.