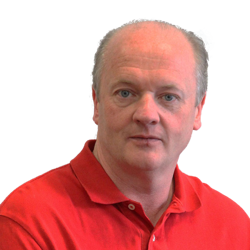 Paul teaches across a number of forensic related modules within the school of Natural Sciences. Paul is an ex-practitioner having worked in the areas of crime scene investigation since 1998 both within the UK and teaching internationally. He has a passion for photography and research interests in the use of virtual reality to train and enhance knowledge within crime scene investigation.

Paul is the course leader for the Forensic Science and Criminal Investigation degree. He is also the module leader for the Crime Scene Science and Forensic photography modules across first year. Crime scene science takes students across a journey to be able to assess, document, recover and fully process a volume crime scene. Paul says the art of photography is taught with an emphasis looking at forensic issues and crime scenes along the way. Students need no knowledge of photography as the process starts with basic instruction all the way through to advanced techniques being able to be implemented in to various situations.

Paul has been working within Crime Scene Investigation since 1998. First starting his career as a scenes of Crime Officer for the Wiltshire Constabulary based in Salisbury. He later returned to Lancashire and joined Burnley as a Crime Scene investigator before having the opportunity to finally work in his home town of Blackpool. Paul became the CSI supervisor and Crime Scene Manager working around Lancashire on major crime enquiries. Having spend several years working in the Middle East and Africa training Crime Scene Investigators he finally joined the University of Central Lancashire in 2014 as an Associate Lecturer.