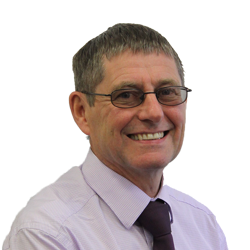 Patrick Ryan has been a lecturer in engineering and computing at the University of Central Lancashire since September 2006. During his time at the University he has taught and supported a wide range of course modules across engineering and computing. Prior to joining UCLan he taught for five years in secondary education and spent many years in industry leading a diverse range of IT and telecommunications projects.

Patrick Ryan has been a member of academic staff at UCLan since 2006. He was initially appointed as a lecturer and Foundation Entry course enrichment activities co-ordinator. The following year he was appointed to lecturer in the Electronic Engineering Department. Later this role expanded into computing whilst still maintaining responsibility for some engineering modules. During this time, he also led several cohorts of students on Frontier Education courses in the Lake District and North Wales. Patrick trained and became a GTC accredited teacher in 2001 and has broad experience in teaching and training across a wide range of age groups and ability levels. As a professional educator he maintains an active interest in pedagogy and is a Fellow of the Higher Education Academy. Prior to teaching, he worked for many years in industry, mainly as a senior manager and has trained and developed teams to successfully deliver leading edge technological solutions in both IT and telecommunications. Patrick became a Chartered Engineer (CEng) in 1981 and has led network projects as diverse as design and implementation of large data networks to laying submarine cables and in computing from managing systems analysis and software development to fully equipping and running large mainframe centres.