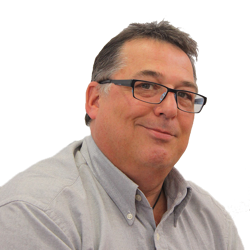 Mike joined UCLan in October 2006 and within his remit provides regular contributions to teaching across several programmes within the School of Social Work, Care and Community. Mike’s particular teaching areas include substance misuse, youth justice, social policy and sociology. Mike is currently the academic course lead for the BA (Hons) Community and Social Care programme.

Mike’s social care experience has been focused in the areas of Youth Justice, Substance Misuse and Homelessness. Employed by criminal justice charity ‘Nacro’ for a ten year period, between 1993 and 2004, initially experience was gained within that organisations Housing Directorate, working with homeless 16-24 year olds in a variety of settings, including, Hostels and Supported Housing. Transferring to Nacro’s ‘Crime and Social Policy Section’ in 2000 Mike undertook Project Coordination, involving the development and implementation of Restorative Justice processes within Youth Offending Services before a further transfer to Nacro’s ‘Research and Evaluation Section in 2002. As a Senior Research Officer with Nacro between 2002 and 2004, Mike was responsible for delivery of a variety of research projects within the North West region including Home Office funded research evaluating drug testing in the criminal justice system (HORS286). Returning to Social Work practice in 2004 Mike worked, until joining the School of Social Work, Care and Community in October 2006, in Youth Offending Teams across Merseyside, specialising in the areas of Restorative Justice and preventative services. Additional to practice and research based employment experience, between 2000 and 2006 Mike also taught regularly within the Criminal Justice Department at Liverpool John Moores University. Since joining the School, Mike's work has focussed heavily on the development of teaching content across the school relating to his practice and research experience interests, including significant involvement in course development activities as course lead for a number of programmes.