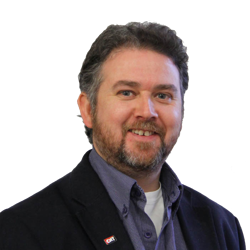 Máirtín teaches as part of the wider History team at the University of Central Lancashire and specialises in modern Irish history. He has particular interests in the Irish diaspora and Irish labour history but has taught on aspects of nineteenth century Europe, oral history practice and the Northern Ireland conflict. He has worked collaboratively with colleagues at a number of universities in Britain and Ireland as well as farther afield and has also been fortunate enough to work with community education projects in the North of Ireland for many years. He is course leader for the taught postgraduate degree, the Masters of Research in History.

Besides his teaching responsibilities at undergraduate and postgraduate level, Máirtín has published widely on nineteenth and twentieth-century Irish nationalism, local and regional Irish labour history and the Irish in Scotland. His monograph study into the Fenian movement in Scotland, Irish Republicanism in Scotland, 1858-1916 (Dublin: Irish Academic Press, 2007), has been followed by numerous journal articles and book chapters.

Máirtín began his postdoctoral work at the Magee College campus of Ulster University where he worked for two research institutes, the Institute of Ulster Scots Studies and the Academy of Irish Cultural Heritages, collaborating on a number of history, heritage and diaspora projects between 2001 and 2007. Soon after, he joined the University of Central Lancashire as a lecturer in modern Irish and European history. From time to time, he worked externally with the Ulster People’s College on a range of oral history projects and with numerous community groups on heritage and reconciliation initiatives. Locally, he worked with the Preston Socialist History Group to produce in 2014 the first comprehensive study of Preston’s labour history, contributing an article on the Preston dockers in the early twentieth century. In addition to this, his research on the Irish community in Scotland led to collaboration with Irish cultural heritage groups focused on the Irish language and centenary events for the 1916 Easter Rising. He was also a consultant to Glasgow City Council’s Irish and Scottish Famine Memorial and advised on the wording for the monument and associated exhibition, unveiled in 2018.