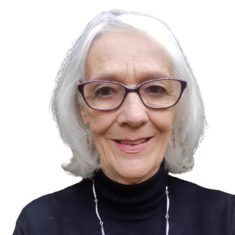 Lorraine Radford is Emeritus Professor in Social Policy & Social Work. Her research specialism is the prevention of gender based violence, abuse and sexual exploitation towards women, children and young people. She is a founder member of the Connect Centre for International Research on New Approaches to Prevent Violence and Harm and of the Lancashire Research Institute of Citizenship, Society and Change.

Lorraine Radford retired from the University of Central Lancashire in 2019 and has been appointed Professor Emeritus in the School of Social Work, Care & Community.

Lorraine's research interests over her career within academia, government and non-governmental organisations include:

She is currently involved in research to inform the work of international programmes to prevent child sexual abuse and exploitation, online and offline.

Beginning work as a researcher and campaigner against domestic violence in the 1980s, Lorraine has over 30 years of experience working with ngos, the community sector and with a range of governmental and professional organisations in the UK and internationally to develop evidence, training, policy and practice to prevent interpersonal violence and abuse. Her earlier research uncovered the prevalence and impact of domestic violence against women through pioneering community based surveys and work with professional associations. Findings were used to develop two of the UK’s first county-wide coordinated multi-agency strategies in response to domestic violence, (in Surrey and West Sussex), part of a growing grass roots national and international roll out that has since become standard policy. Pioneering studies of the impact of domestic violence on children, especially after parents separate, helped to influence a practice sea change in safeguarding children and mothers in social work, health, policing and law. Her research on domestic violence and child contact arrangements was cited as evidence in the leading Court of Appeal decision Re L, V, M & H (Contact: Domestic Violence [2000] 2FLR 334 and influenced several subsequent Practice Directions for the courts on the assessment of child exposure to domestic violence. Her research was also cited in Hansard debates leading up to the introduction of the Adoption and Children Act 2002, s.120 where seeing or overhearing violence to another person in the home was recognised by law as potentially detrimental to children’s welfare. Working with the British Medical Association in 1998, she produced the first evidence review on domestic violence and health care practice for doctors in the UK. In 2004 Lorraine worked as research manager in the UK Department of Health on the Victims of Violence and Abuse Prevention Programme, a cross governmental programme that aimed to use research evidence to develop and improve cross sector working with adult and child victims and perpetrators of sexual and domestic violence. She subsequently joined the children’s charity the NSPCC (National Society for the Prevention of Cruelty against Children) and set up an ambitious research programme to inform policy and practice within the organisation, including ChildLine. This included the first, widely quoted, UK survey of children’s experiences of all forms of violence and interpersonal victimisation, published in 2011. Experience and findings from this National Survey of Childhood Victimisation have been used to inform research ethics guidance on surveys with child victims as well as the design and implementation of many of the world’s violence against children surveys, including that to be used in the UK by the Office of National Statistics. Lorraine has acted as an adviser and consultant to many global and national governmental and non-governmental organisations. She has produced reviews of evidence on preventing child sexual abuse and exploitation to the UK’s Independent Inquiry into Child Sexual Abuse (2016) and for UNICEF (2015, 2020), on the abuse of children in care for the Scottish Government Inquiry into Child Abuse (2017) and has contributed to the global learning on violence prevention in organisations such as the End Violence Against Children partnership.