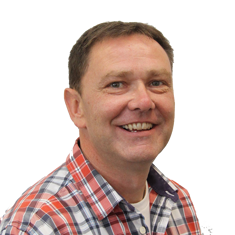 Kenny works in the midwifery research team and holds a particular interest in qualitative research. Much of his work is focused on the inter-relational aspects of maternity care and the adoption of a salutogenic approach to care provision. Methodologically, Kenny is interested in the emerging field of qualitative synthesis and his understanding of this technique has led to a consultative role with the World Health Organization (WHO) in the development of their maternity care guidelines.

Kenny is interested in the relational aspects of healthcare and most of his research seeks to explore stakeholder experiences of care (both receiving and delivering) within a maternity context. One of his publications, examining the reasons why women don’t attend antenatal care in developing countries (Finlayson & Downe, 2013), attracted the attention of the World Health Organization (WHO) and led to Kenny’s involvement in the global guidelines on antenatal care (WHO, 2016) and intrapartum care (WHO, 2018). These guidelines were amongst the first to incorporate the findings from qualitative research and Kenny was instrumental in this development. A series of publications relating to the use of qualitative evidence to inform clinical guidelines form the basis for his PhD (by publication). Kenny also holds an interest in complementary and alternative medicine and the adoption of holistic models of healthcare into mainstream maternity services. He was the co-ordinator of the UK’s largest trial of a self-hypnosis intervention to help women manage the pain associated with labour. The Self-Hypnosis for Intra-partum Pain (SHIP) trial, conducted at hospitals in Preston, Blackburn, Burnley and Liverpool, was funded by the National Institute for Health Research (NIHR) and received extensive national and international media attention. Kenny continues to work in this area and recently published an article on self-hypnosis for labour pain relief in The Conversation. In addition to his research activity Kenny teaches on a number of undergraduate and postgraduate modules including, ‘An Introduction to Qualitative Meta-synthesis’ (NU4094 & NU 4026), ‘Complementary and Alternative Medicine in Maternity Care’ (MW1301) and ‘Family-Centred Neonatal Care’ (MW3107). He also supervises Masters students and acts as a reviewer for various midwifery related journals as well as the annual, UCLan organised, Normal Birth Conference. https://www.facebook.com/NormalBirthConf/

Kenny completed a degree in Biochemistry at the University of Dundee in 1986 and spent a number of years in the sales and marketing division of a major pharmaceutical company before returning to full-time education in 2002. He studied Homeopathic Medicine here at UCLan and, after graduation, joined the midwifery research team in 2005. He works closely with Professor Soo Downe and has been actively engaged in a range of commissioned and funded research projects. These include a nationally funded project exploring social inclusion within the context of antenatal care and an NHS funded, mixed-methods, study looking at fostering authentic, collaborative relationships between professionals working in the maternity services. This latter project is summarized in a regularly cited publication (Downe, Finlayson & Fleming, 2010) and further explored in a book chapter in a popular midwifery textbook, ‘Essential Midwifery Practice: Leadership, Expertise and Collaborative Working’ (Blackwell, 2011). More recently, Kenny was part of a research team that completed a meta-narrative review exploring the relationship between inequalities and stillbirth in the UK (Kingdon et al, 2019) on behalf of SANDS, the Stillbirth and neonatal death charity. Kenny is particularly active in the emerging field of qualitative synthesis and the approaches used to incorporate qualitative data into policy and practice. He has published a number of qualitative syntheses exploring various aspects of maternity care and, in collaboration with Professor Soo Downe at UCLan, was instrumental in framing recent WHO maternity care guidelines in antenatal and intrapartum care as ‘positive experiences’. His qualitative synthesis exploring what matters to women during the postnatal period (Finlayson et al, 2020) received international media attention and will inform the upcoming WHO guidelines in this area. Kenny was co-author on a series of three papers explaining how to use the findings from qualitative research in guideline development and has presented on this topic at national and international conferences.