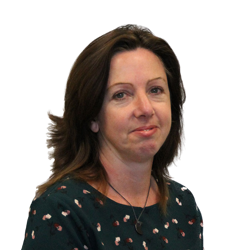 Janet is the Lead for Service User and Carer involvement in the School of Nursing and the School of Sport and Health Sciences. She helps to support over 100 service users and carers to engage in academic activity across these Schools. Janet has been part of the Comensus group for over 10 years and has supported involvement across several different Schools.

Janet works with academic colleagues to co-produce health and social curricula and ensure the service user and carer perspective is embedded in the design, delivery and assessment of professional programmes. Janet is lead Facilitator of the Authenticity to Action conference which celebrates public involvement in health and social care programmes. She also chairs a bi-monthly School of Nursing Involvement Advisory group and a quarterly School of Sport and Health Sciences engagement group to ensure there is a regular opportunity to review activity and promote partnership working in the Schools. Janet works with academic colleagues to embed the service user and carer perspective in curriculum development, teaching delivery and materials for assessments. Janet has also helped to create the Comensus digital resource library which is constantly updated with new films and resources for teaching and learning.

Janet is an English Literature graduate and worked in retail and customer-facing roles before joining the University of Central Lancashire in 2006. After working with the School of Social Work's service user and carer group SUCAG for 2 years, Janet moved to support the work of Comensus in the then Faculty of Health. Janet then helped develop service user and carer involvement in the new School of Medicine from 2014 and the new MPharm programme in the School of Pharmacy and Biomedical roles before starting her new role in the School of Nursing and School of Sport and Health Sciences in 2018. Janet also helps develop and deliver Comensus community events such as the One in Four Film festival which aims to raise awareness of Mental Health issues, and the Congress community-led workshop day.

Janet is currently studying for a Professional Doctorate in Community and Social Care: Policy and Practice at the University of Central Lancashire. Currently in year 3, Janet has had her thesis topic accepted which focuses on a participatory approach to designing a tool to measure impact. Janet is also currently writing about the authenticity of service user and carer engagement in digital teaching and learning.