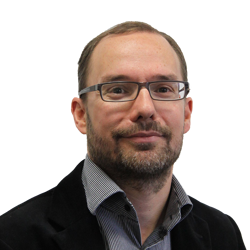 Robert teaches across a range of modules in English Literature and supervises postgraduate research on contemporary British fiction. Robert has published widely on modern writing and is currently working on a new book project investigating the politics of space in recent fiction.

Robert's research is focused on British literature and he has published on a wide of range of contemporary writers including Martin Amis, Angela Carter, Ian McEwan, Will Self, Iain Banks, Toby Litt, Rupert Thomson, Patrick McGrath and China Miéville. Robert's monograph The Grotesque in Contemporary British Fiction was published by Manchester University Press in 2013. Robert's teaches 20th and 21st-century literature at UCLan including a special module on the graphic novel.