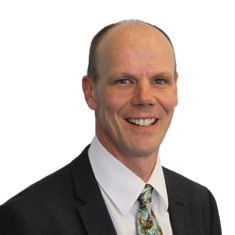 Rick teaches on modules across archaeology and cultural anthropology, with a focus on prehistory and archaeological fieldwork. His primary research interests are the Holocene prehistory of caves and Neolithic pottery. Rick has directed major excavation projects all over Britain. He is also actively involved in partnerships with professional archaeological organisations and environmental and heritage bodies. He is a Fellow of the Society of Antiquaries and a Member of the Chartered Institute for Archaeologists.

Rick has published on memory, agency and material culture with particular reference to cave archaeology, prehistoric landscapes and prehistoric pottery. He is one of the Research Degree Tutors for the School of Natural Sciences and fieldwork co-ordinator for the archaeology degrees. He is module leader for the Field Archaeology modules and runs the specialist second and third year modules on Geomatics (field survey and GIS in archaeology). He also leads the first year modules Archaeology of Britain and Introduction to Cultural Anthropology.

Rick joined UCLan in 2004 from the University of Newport and so has been here almost from the beginning of the archaeology degree. He did his PhD at the University of Southampton, graduating in 2000, and prior to this had a chequered career in commercial and museum archaeology. He was at Cardiff for his first degree, graduating in 1989, which is where his interest in the Neolithic and Bronze Age was first encouraged. His primary research interests are in trying to understand the non-monumental parts of later prehistory; hence his interest in material culture and particularly pottery and in the archaeology of caves and other natural places. At the moment, he is particularly interested in the agency of artefacts, natural places and the environment. This is reflected in his recent and current fieldwork projects in the Forest of Bowland and the Yorkshire Dales and his 2019 book Neolithic Cave Burials: agency, structure and environment, which was published by Manchester University Press.