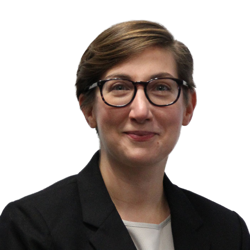 Reyhan is currently a Senior Lecturer in Developmental Cognition in the School of Psychology and Computer Science . Reyhan works primarily on language development, and the central focus of her research has been to discover how children’s understanding and use of bodily actions influence their language learning.

Reyhan has published numerous articles in journals such as Developmental Psychology, Cognition, Language, Cognition and Neuroscience, Journal of Child Language, Journal of Pragmatics, and Bilingualism: Language and Cognition. Her research is cross-disciplinary in nature, drawing on the varied methods and tools of psychology and linguistics such as experimental paradigms and corpus analysis. Her research is also comparative, focusing on speakers of different languages (monolinguals and bilinguals) and ages (infancy into adulthood).

In her current role, Reyhan is the course leader/programme director for the MSc in Psychology of Child Development. She teaches on various modules at the undergraduate and postgraduate levels.

Before joining UCLan, Reyhan worked as a postdoctoral fellow in Psychology at the University of Alberta in Edmonton, Canada, and as research staff at the Max Planck Institute for Psycholinguistics in Nijmegen, the Netherlands. Reyhan graduated from Boğaziçi University in Istanbul, Turkey with a double major with Honours in Psychology, and Guidance and Psychological Counselling, followed by a MA in Psychology. She then completed her PhD in Linguistics at the Max Planck Institute for Psycholinguistics, and Radboud University in the Netherlands.

Reyhan's ongoing research examines multimodal language development in typically-developing children. She also extends this work to uncover the relationship between speech and gesture with a focus on how they interact in children with developmental/language delays or impairments compared to typically developing children. She is especially interested in the role gestures play in the word learning of children from disadvantaged backgrounds with poor language outcomes or those with atypical language development. Another strand of Reyhan's research focuses on bilingual language development. She is interested in the multimodal language comprehension and use of bilingual children. For instance, she has explored how monolingual and bilingual children benefit from a speaker’s gestures in their comprehension of ambiguities in speech. Another current project focuses on bilingual babies’ language development and examines whether their pointing gestures predict their language skills. Reyhan is happy to supervise students who are interested in these or related topics for their undergraduate project, MSc or PhD research. Please contact her via email to discuss opportunities to carry out research in these areas.