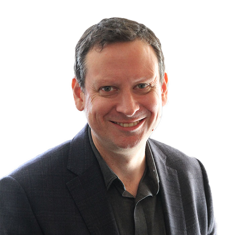 Phil teaches Creative Writing at the University of Central Lancashire. He is an award-winning playwright, currently developing plays and screenplays. He also writes on aspects of science fiction, researching utopia and dystopia, politics and science fiction, and aspects of cultural studies. He is a member of the Utopian Studies Society and Climate Change Theatre Action.

As a playwright Phil has won the BBC World Service/British Council International Radio Playwriting Award, the Adam Play Award, and the Robert Lord Award for Best Script. His plays have been performed in the UK, USA, New Zealand and Australia. His work in theatre and drama has appeared in academic and literary journals, theatre magazines, and drama collections. Phil is also a researcher in the field of science fiction studies, and has published academic writing on science fiction. He is currently writing a monograph on the subject of British science fiction television in the Thatcher era.

Phil has been the William Evans Playwriting Fellow at the University of Otago, teaching playwriting to second and third-year students, as well as holding writers’ fellowships as the Michael King Centre in Devonport, Auckland, and the University of Canterbury as the Ursula Bethell Writer in Residence. Phil’s plays have appeared in all major theatres in New Zealand. In 2015 his play The War Play was produced at Dunedin’s Fortune Theatre. This play traced the true story of Braithwaite’s Great Uncle, who was wrongly executed for mutiny during World War I. Distinct from playwriting, Phil’s PhD research was in science fiction, and he combined these two interests in his 2018 stage play The Atom Room (Circa Theatre, Wellington), about a long-distance relationship between Earth and Mars. Phil’s academic interests have seen him join the Utopian Studies Society, attending and speaking at two of their conferences. He is also a member of Climate Change Theatre Action, and his short plays written for them have been performed around the world.

Phil's research falls into two distinct categories. Firstly, British science fiction television and Thatcherism cosniders the many ways that British science fiction television reflected, and grappled with, the Thatcher era. The second is playwriting, in which Phil researches diverse subjects like World War I (and the true story of his Great Uncle's execution for treason), the Marx Brothers, mythology and climate change issues.