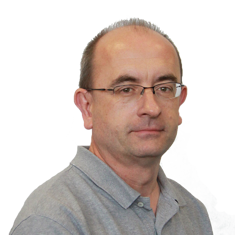 Paul has been teaching psychology for over 20 years, and he specialises in social psychology. Previously he worked in the field of Computing, but changed careers and has been at the University of Central Lancashire since August 2000. Paul also contributes to the media and the public understanding of social psychological issues.

Paul teaches social psychology at Foundation, Undergraduate and Postgraduate level. He also contributes to research methods teaching and supervises final year dissertations. Paul has authored several books, contributed articles to a wide range of media outlets, and has used his knowledge in training events for the public.

Originally, before deciding to change careers to the field of psychology, Paul worked as a computer analyst/programmer. He attended the University of Essex as a mature undergraduate student gaining a First Class degree in Psychology in 1996. Paul then went on to study for his PhD at the University of Hertfordshire (completed in 2001) looking at ways to improve lie detection accuracy. Paul has authored and co-authored a number of books in the area of lie detection and social psychology. He has also contributed to a mainstream social psychology textbook, as well as authoring an introductory social psychology text ('Social Psychology. A Complete Introduction'). As well as writing, Paul has also appeared on numerous TV and radio programmes talking about these topics. More recently his interests have focused on the areas social influence and persuasion, specifically looking at ways in which people’s behaviour can be changed. He is particularly interested in con artists and scammers, and has written articles about why people fall for scams and how individuals can avoid them. Paul contributed a much read article on The Conversation entitled 'Five psychological reasons why people fall for scams – and how to avoid them' Paul has contributed to the public understanding of social psychology and lie detection in diverse ways – from media contributions (e.g. Radio 4, BBC One, BBC Ideas) and public lectures (at places such as the Natural History Museum) to magazine articles (in the ‘Poker Player’ periodical).