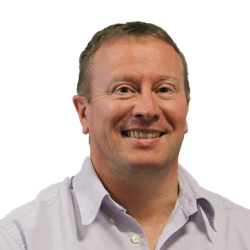 Before joining the pre-registration team at UCLan in 2010, Paul worked in the NHS for 28 years from 1982-2010. Paul has clinical experience of adult nursing, acute mental health nursing and as a generic health visitor.

Paul's current role is a Senior lecturer in adult nursing requires teaching, learning and assessment of both undergraduate BSc (Hons)and MSc adult nursing programmes. Paul's current role, like many of his colleagues in the School of nursing, includes being a university link lecturer and academic assessor for numerous clinical placements, academic advisor for home group, module leader, module team member on a number of BSc (hons) and MSc modules. Paul has published on a variety of subjects including interpretation theory, clinical supervision, reflective practice, annotation pedagogy, change and practice development. Other published work include; localism and politics, knife crime, breastfeeding, peri-natal deression and critical NHS issues, such as market liberalisation, lessons learnt (or not) from the Francis report, changes to the bursary, criticism of management science and measurement.

I started my nursing journey in the early 1980's, in adult nursing, in orthopaedics and cardio-vascular theatre, followed by mental health nursing, with the majority of my experience being in acute admissions and PICU in Salford. In 1996 I trained as a health visitor and worked all around Warrington from 1997 to 2010, and finally joining Uclan in 2010. My clinical and educational journey would not be complete without mentioning key people, who for "years" (hence the mention) supported me to develop my potential; my beloved late wife Florence, as an adult nurse (surgical and practice nurse), Mrs Gabrielle Quirke, my health visiting colleague in Warrington PCT from 1997-2010, and Mr Nick Baker (person-centred counsellor), who from 1999 to 2011 was (my chosen) clinical supervisor helping me to critically reflect on my health visiting practice. Last, but by no means least, Dr Elaine Ball, from the University of Salford, who was my main PhD supervisor, has been a continued academic mentor and writing collaborator.