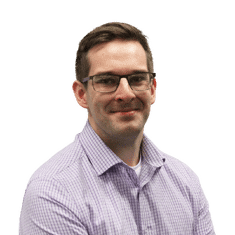 Nathan is a Research Fellow in policing and criminal investigation, whilst also being seconded to the Lancashire Constabulary to provide evidence based policing and analytical support. His area of subject expertise is in domestic abuse victimology and victim engagement with the criminal justice system. Whilst his methodological expertise is in applying quantitative methods to police and crime data, he is experienced in the design and practice of mixed methods.

As a Research Fellow in policing, Nathan is responsible for establishing and assisting with the design, analysis and write up of various policing research projects. In addition to the formation of numerous commissioned and secondment reports, he also publishes his research within policing journals and academic media outlets, such as The Conversation.

After being awarded his PhD in 2018 for a thesis examining victim engagement with the police, Nathan has been taken on as research associate in the Policing Department at University of Central Lancashire. He is responsible for working on a variety of research projects, both as principle and co-investigator, that generate approximately £100,000 turnover each year. His research is conducted alongside the delivery of research methods, inter-disciplinary training sessions and the supervision of Undergraduate, Masters, and PhD/Professional Doctoral students. He is vetted and seconded part-time to the Evidence Based Police (EBP) department of Lancashire Constabulary, providing consultancy and research support directly to the force. This work, often based on force priorities and interest from key stakeholders, has previously covered topics such as: Community engagement; domestic abuse; mental health policing; officer wellbeing; sextortion; staff engagement; stop and search; victim engagement; and, victim satisfaction. His most notable work has been the creation of a domestic abuse victim engagement mobile application from his PhD thesis, which is undergoing development and testing in partnership with Lancashire Constabulary. The app. aids frontline officers to identify victim cooperation or victim retraction at the initial scene of abuse, and aids to tailor the officer's response and referrals to victim support accordingly.