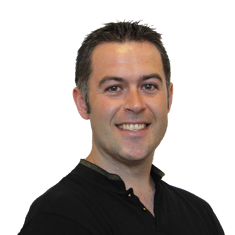 Matt is the Foundation Year Tutor for all courses that come under the area of Computing. Matt teaches a range of subjects across both the undergraduate and postgraduate curriculum. He is a member of the internationally renowned Child Computer Interaction research group and specialises in participatory design research with children of all ages.

Matt is published widely in the areas of Child Computer Interaction and Human Computer Interaction with over 75 peer reviewed articles to his name. Recent work presented at the ACM Interaction Design and Children 2019 conference in Idaho entitled 'Evaluating Long Term User Experience with Children: Comparing the MemoLine with Interviews ' was nominated for a best poster award.

Matt has a very unique perspective of UCLan having completed all levels of his undergraduate and postgraduate qualifications at UCLan and also becoming a member of academic staff during this time. Qualifying from his Masters in E-Commerce in 2003 he was immediately appoint as a research assistant within Computing. It was during this time that Matt began working part-time as a web developer at several local businesses and began teaching these skills to students on the undergraduate Computing degrees. Matt's extensive research in Human Computer Interaction saw him extend his teaching into the postgraduate provision using his research to inform his teaching in the areas of User Centred Design, User Experience and Interaction Design. He was rewarded with his permanent lecturing position in 2014 but continues with his research on top of his teaching responsibilities. Matt has organised a number of academic events of the year which include the inaugural International Fun n' Games conference in 2006, the BSC British HCI conference in 2014 and the ACM Interaction Design and Children conference in 2016 which was held in conjunction with the BBC. He has also organised local research events, outreach events with local schools, and research days held at local school and also at UCLan.

Matt has been actively conducting research in the field of Child Computer Interaction since 2004 and currently has over 75 peer reviewed publications to his name. He has helped organise three international conferences and has been on the programme committee for conferences such as BCS-HCI, DIS and IDC. He has received several nominations for his work at both national and international conferences. Matt completed his PhD in 2013 with a thesis entitled 'Improving Validity and Reliability in Children’s Self Reports of Technology Use'. He is currently working on research with colleagues across the globe in areas such as children's long-term user experience, child-generated personas and proxy design.