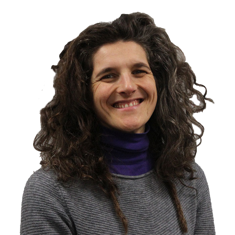 Lara teaches a range of subjects for the Asia Pacific Studies Programme at the School of Humanities, Language and Global Studies. Informed by feminist scholarship, Lara’s research explores the link between female migration and political participation, the role of emotions in migration experiences, the linkages between diaspora and criminal networks, marriage migration in the context of cross-Strait relations. Lara welcomes proposals for doctoral research pertaining to the Asia Pacific, themes related to gendered migrations and/or applying ethnographic methods.

During her doctoral studies, Lara was research fellow at the European Research Centre of Contemporary Taiwan (University of Tuebingen, Germany). Between 2015 and 2017, Lara was Postdoctoral Research Fellow at the Centre for European and International Studies Research at Portsmouth University with a project on marriage migration and family formation in the context of contemporary cross-Strait relations. This project was funded by the Chiang Ching-kuo Foundation for International Scholarly Exchange. Lara has co-organised a number of significant academic events over the years including the conference Rethinking Transnationalism in the Global World: Contested State, Society, Border, and the People In-between (September 2017) and The Invisible Within: Actors, Relationships, and Activities in Chinese Migrant Families (November 2018). As executive board member of the European Association of Taiwan Studies (EATS), she has been involved in the organisation of EATS Annual meetings between 2014 and 2020. Lara's work has been published by LIT Verlag and Routledge as part of edited books, and by academic journals such as International Migration, Asia Pacific Viewpoint, Asia Pacific Migration Journal, Journal of Current Chinese Affairs and the European Journal of East Asian Studies. Lara has been invited to speak about Taiwan elections at the Italian radio station Radio Radicale and she has been asked to an article on same sex marriage in Taiwan for the Spanish national newspaper El Pais. In 2015, Lara decided to travel around Taiwan by bicycle for a month with the aim to meet migrants and document their stories. The photographs taken during this trip were exhibited at the Brilliant City Exhibition at the University of Central Lancashire in November 2019, as part of the Look 19 Photography Biennial delivered by Open Eye Gallery (Liverpool). Lara’s research activities have been funded by the Chiang Ching-kuo Foundation for International Scholarly Exchange, the Taiwan’s Ministry of Education, the Taiwan’s Ministry of Foreign Affairs and the Confucius Institute.