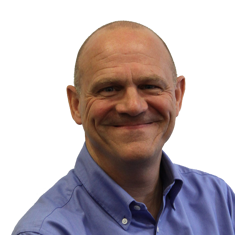 Kevin teaches ecological, field-based and research-related subjects within Biology, Geography and Environmental Sciences. His expertise lies within the realms of soil ecology. Kevin’s primary focus is on research and, for example, he has collaborated with the Natural History Museum, Forest Research, Scottish Natural Heritage and the British Land Reclamation Society. Overseas research has involved work with numerous Universities and other institutions. Kevin also supervises research students in areas of applied ecology.

Kevin has published widely in the sphere of soil ecology with a focus on the use of earthworms and the services they provide. These ecosystem services can be harnessed e.g. to improve soil quality within the context of soil restoration and in low input agriculture. Kevin’s research also involves organic waste management and ecotoxicology.

Kevin joined the University of Central Lancashire in 1994. He was initially involved with teaching in areas of Conservation and Environmental Management, but over the years he has developed his research profile. This has led to National and International collaborations in temperate regions across the world. Kevin has spent time working in Ohio, USA, with the United States Department of Agriculture and in Finland at the Natural Resources Institute (LUKE). He is also visited in Preston by researchers keen to experience our earthworm husbandry facilities and visit active field experiments. Kevin has made numerous broadcasts on local and National radio and TV and was interviewed on BBC Radio 4 in 2016 about the discovery of the largest earthworm found in Britain on the Isle of Rum. Kevin has organised research meetings in Wales (2002), Scotland (2014) and in Poland (2018).

Long-term research has importance in soil ecology: One of Kevin’s experiments, in collaboration with English Heritage, has been running since 2007 and is investigating the way that earthworms are known to bury materials from the soil surface. Established at Down House in Kent, the home of Charles Darwin, and monitored on a 5-yearly basis, results of flint burial support Darwin’s observations on earthworm behaviour from 150 years ago. Since 1995, Kevin has undertaken investigations with Scottish Natural Heritage on the Isle of Rum. Historical, anthropogenic activities, such as crofting and forestry have been identified as important factors influencing distribution and diversity of earthworms alongside natural activities, such as of shearwaters, which fertilise upland soils close to their nesting burrows with their marine-derived faeces. Twenty years of monitoring translocated grassland, following construction of a major runway at an airport in NW England, has allowed Kevin to track development of earthworm communities. Viewed as a source of food for protected vertebrates, these earthworm populations survive despite predation, limited habitat management and climate change.